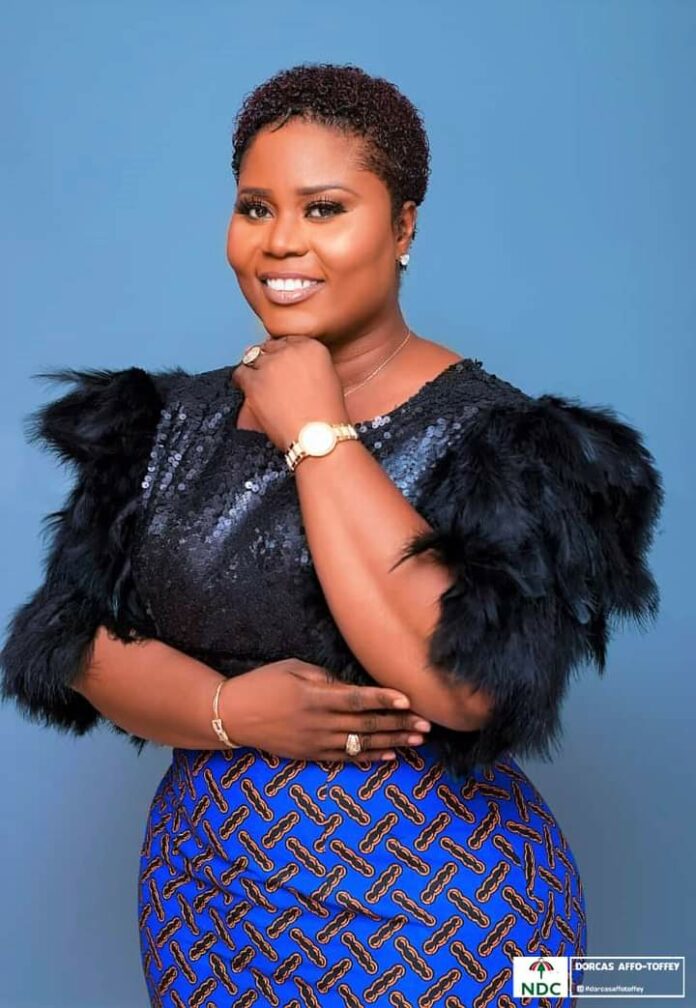 A Sekondi High Court, presided over by Justice Dr. Richmond Osei Hwere, has ordered the Member of Parliament for Jomoro Constituency in the Western Region, Dorcas Affo-Toffey, to produce documents to prove that she has renounced her Ivorian citizenship within 10-days.

Joshua Emuah Kofie, a resident of Nuba-Mpataba, filed a writ at the Sekondi High Court challenging the National Democratic Congress (NDC) MP for the area, Dorcas Affo-Toffey’s eligibility as a legislator, contending that she held dual citizenship prior to the 2020 election contrary to the country’s laws.

The legal representative of the applicant, Frank Davies, earlier prayed the court that the MP had held Ivorian citizenship at the time of filing her nomination forms between October 5 and 9, 2020, which violated Ghana’s 1992 Constitution.

He further argued that the MP had earlier admitted that she was an Ivorian citizen and had renounced her Ivorian citizenship in 2019, before she filed her nomination to contest the December 2020 parliamentary elections in the Jomoro Constituency, and therefore must be made to produce evidence of that.

The Counsel for the MP, Godwin Edudzi Tamakloe, at an earlier sitting, told the court that the MP before contesting the Jomoro seat swore an oath of allegiance to the Republic of Ghana, and that was enough proof that she had renounced her Ivorian citizenship, and that the evidence is available with the Electoral Commission, which is the second respondent in the substantive case.

The MP’s counsel further told the court that the respondent is not in a position to provide evidence for the petitioner to prosecute his case.

In his ruling, the presiding judge, Dr. Richmond Osei Hwere, said the court holds the view that the respondent made an indirect renunciation and also had the documents in her possession since one cannot make an oral renunciation. He said the rule pertaining to renunciation is a universal law that also applies to Ivorian laws.

Justice Dr. Richmond Osei Hwere however ruled that the applicant has complied within Pursuance of Civil Procedure Order Rule 21 of CI 45, and thus ordered the MP to produce the renunciation within 10-days.

“The respondent (MP) is hereby ordered to produce the document of her renunciation of Ivorian citizenship for inspection and copies within 10 days at the Court Registry of the Sekondi High Court, thus, 1st July, 2021“ he said.

Western Regional Chairman of the NPP, Ndede Sia, told Citi News the ruling vindicates their position as far as the MP’s eligibility is concerned.

“The ruling, today [Tuesday], is very good for our political ambition. This shows clearly that the NDC is the losing side and per this ruling, we are in a comfortable lead. Per our own investigation, we are quite sure that the woman doesn’t have that document and that is why we are pushing her to produce it”, he said.

Reacting to the ruling, the Western Regional Communication Director of the NDC, Richard Kirk-Mensah, said the ruling is confusing and not consistent with the recent Supreme Court ruling during the 2020 presidential petition.

“We are not so much surprised with the ruling because our respondent was categorical in her earlier plea that she had renounced her Ivorian citizenship. The only surprise we have with this ruling is that, recently, the Supreme Court in the 2020 presidential election petition held that discoveries and inspection is not an obligation and didn’t grant the NDC that application. Surprisingly, a lower court, instead of taking a cue from the Supreme Court’s recent ruling, has rather granted the application for such discoveries. So it is something that we have to meet our legal team for the next line of action. We are a bit confused here because we know that the Supreme Court’s ruling normally supersedes the lower court’s ruling“, he said.

The Jomoro MP, Dorcas Affo-Toffey, was not present in court but was represented by one Emmanuel Benle.

In a related event, the Sekondi Commercial Court which sat on the application challenging EC’s declaration of George Mireku Duker as the winner of the Tarkwa-Nsuaem seat in the 2020 parliamentary election, was also adjourned to 5th July, 2021.

Duker’s counsel, Kwesi Nkrumah, is praying the court to quash the NDC’s George Hurt’s application on the basis that he did not properly file the motion.

Kwesi Nkrumah argued that there are requirements for filing a petition, but the petitioner did not properly invoke the jurisdiction of the court.

Counsel for the petitioner, Kwesi Keli Dalataa, however, disagreed with the NPP’s motion saying it is not grounded in law.

Another election petition case arising from the 2020 polls is the one challenging the eligibility of Assin South MP, James Quayson to be MP for the area.

Michael Ankomah-Nimfa, a resident of Assin Bereku in the Central Region, filed the petition at the Cape Coast High Court seeking to annul the declaration of Mr. James Gyakye Quayson as the Member of Parliament for the Assin North constituency because the latter holds dual citizenship, contrary to the express provision of Article 94 (2) (a) of the 1992 constitution of Ghana, which states that “a person shall not be qualified to be a Member of Parliament if he or she – (a) owes allegiance to a country other than Ghana.”

My integrity has been vindicated – Kweku Baako Jnr