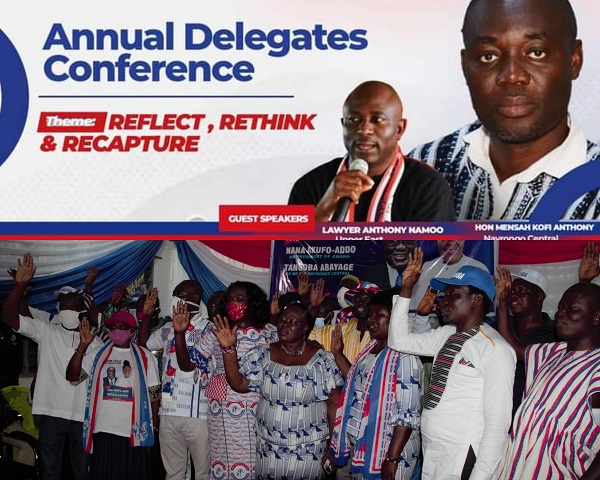 Fresh trouble is brewing in the Navrongo Central Constituency of the New Patriotic Party (NPP) barely a week after a delegates’ conference aimed at reuniting the party members was held.

Constituency executives are being accused of diverting cash meant for delegates transportation after the annual conference.

According to Dailymailgh.com sources, the executives acted against the instructions of the Upper East Regional chairman, Anthony Namoo, by withholding monies which had been allocated to cater for the transportation of delegates who attended the conference from across the constituency.

The said money had partly come from a GHC5,000 donation from the Vice President, Alhaji Dr Mahamudu Bawumia, to the constituency in support of the conference held on Tuesday, August 24, 2021.

Sources said right after the conference, the constituency executives selected some electoral areas which they distributed food and monies to, but withheld monies which had been allocated for delegates from the Vunania, Pungu central, north and south electoral areas.

Dailymailgh.com sources further said there were also instances where some delegates from the Manyoro and Nogsenia electoral areas were denied their stipends.

The development resulted in a near-misunderstanding between the constituency and electoral area executives as tangible reasons could not be given for the unfair treatment. The delegates were told the order was from the constituency chairman, Anthony Mensah.

“My electoral area executives were not happy, so they asked what the problem was but the constituency executives said it was a decision and that we had to wait for the chairman to come. So, we waited but we didn’t hear anything and so we went in again to ask for the money but still we were not given. We were rather given food which we refused to collect and left the office. Other areas like the north, central and Vunania didn’t also get their monies. Those who got were given half ,” a delegate confided in Dailymailgh.com.

Reasons for the exclusion of the electoral areas could not be ascertained by Dailymailgh. The displeased delegates, however, intimated that their strong affiliation to the former Member of Parliament for the area, Joseph Kofi Adda, could have warranted the unjust and unfair treatment.

They revealed that delegates from the affected electoral areas where Adda won overwhelmingly during the primaries have become targets of the constituency executive body who continue to treat them unfairly.

The delegates said the actions of the executive body could throw the already disunited party further into turmoil and jeopardise efforts by the national and regional arms to mend the cracks in the constituency if not investigated.

“We have very good reason to believe that our strong affiliation to the former MP Kofi Adda is why the executives treat us this way. The thing is that Tangoba scored very poorly in the parliamentary primaries in those electoral areas. Kofi Adda won massively and so since then the executives have been treating us badly because they supported the woman,” a delegate said.

In a related development, there have been calls to both the regional and constituency executives by some members of the New Patriotic Party in Navrongo central for the immediate addition of all projects executed by Mr. Joseph Kofi Adda to the constituency party report.

According to the sympathizers of the party, the call has become necessary following a detected deliberate attempt by the executive body during the delegates conference to hide the achievements of the former MP.

The sympathizers said the contributions of Adda to the growth of the party at the national, regional and constituency levels cannot be underscored, hence there was the need for the party to accord him reverence and make his contributions and projects public.

At the delegates conference held last week, a misunderstanding almost ensued at the event grounds when the constituency report was read giving much highlight to the interventions of Tangoba Abayage without a mention for the projects and contributions of Mr. Joseph Kofi Adda. Sympathizers of the party said it was deliberate.

Party members at the conference, including Mr. Adda himself and the Regional party chairman, Anthony Namoo, punched holes in the report and called for it to be properly put together to include the projects Mr. Adda executed while in office as MP.