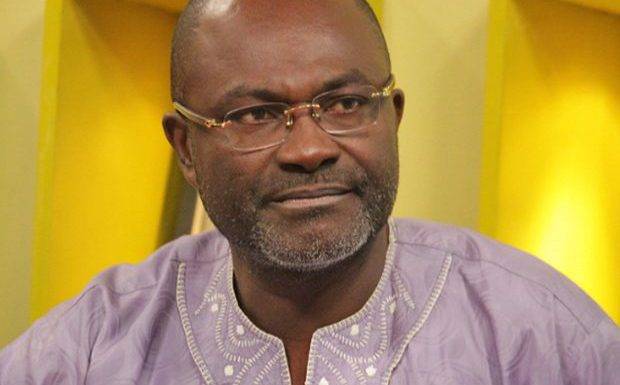 However it pans out today, it will serve a useful lesson to many a Ghanaians who are waiting with bated breath to see whether the Member of Parliament (MP) for Assin Central would be punished or allowed to go scot-free, after he launched an attack on Justice Rockson, describing him as an idiot and an animal of a person.

Kennedy Agyapong, at 10am this morning, is expected to appear before the Land Court 12, on the 5th floor of the Court complex in Accra, under the gavel of Justice Amos Wuntah Wuni, to show cause why he should not be punished for his contemptuous attack on a judge trying his case.

A number of radio and television stations, New Crusading GUIDE gathered will be reporting live from the court premises this morning for Ghanaians to see justice being done.
The Assin Central lawmaker on Wednesday, September 2, this year, threatened to petition the Chief Justice over a judgment given without his knowledge.

Amongst other insults, Kennedy Agyapong called the judge “stupid” for delivering judgment when he was unaware of the case despite being the owner of a land for 18 years on the programme-the Seat Show on Net 2 TV. “You are a stupid judge. I will face you,” Ken Agyapong added.

“I am not Anas to take bribe from you,” he added in local language Twi, saying “I will deal with you”.

The Assin Central MP’s case has attracted a lot of interest because he it was, who circulated the image of the late Ahmed Suale leading to his murder some few months after by unidentified men on motorbikes.

After the scandal broke, Mr Agyapong again on television, attacked Anas and revealed Mr Hussein-Suale’s identity and called for people to beat him up.
He later told the BBC that he wanted to warn people to chase Mr Hussein-Suale away should he arrive at his premises.

Later, on the same show, in what he describes as an apology, the MP said “I am saying, Chief Justice, it’s like I am uncouth. I am pleading with the Chief Justice, you too when some of the issues come up investigate… I hope they also share my pain (sic). I don’t know the judges,… but I was referring to Trassaco opposite, the judge that gave that ruling, he got me any angry… I forgive him too. I hope he has also forgiven me. I forgive him because he doesn’t know.”

Meanwhile, even before the MP appears before the Court, many lawyers and well-meaning Ghanaians have called that the crack to be whipped to serve as a deterrent to any person seeking to repeat such uncouth behaviour and uncivilized conduct in a country with an enviable international reputation for upholding the tenets of the “rule of law.”

National Democratic Congress (NDC) flagbearer Professor Jane Naana Opoku Agyemang in a recent public statement stated that “If you talk about naming and shaming you must be consistent, and if you want to apply the law it should be applied consistently.”
Dr. Maurice Ampaw, a private legal practitioner has also publicly described Hon Kennedy Agyapong as a “spoilt brat” and believes that this time around he must be made to face the full rigours of the law because he has been pampered for far too long.

Ghanaians are increasingly getting worried at the deteriorating standards in justice delivery in the country and the perception that money buys justice and one’s status in society and political affiliation means that powerful and politically connected individuals could escape justice irrespective of the gravity of the crime they commit.
Punish Ken Agyapong like you did to ‘Montie 3’ – Group to Judiciary:
Another group calling itself the Progressive Intellectuals is calling on the judiciary to punish Kennedy Agyapong for insulting a judge as it was done in the case of ‘Montie 3’.
According to the group, the apology from the New Patriotic Party (NPP) lawmaker does not atone for his television attacks on the judge.

Suspend order to GBC to shut down channels – GJA to...

Akufo-Addo is the new ECOWAS chairman