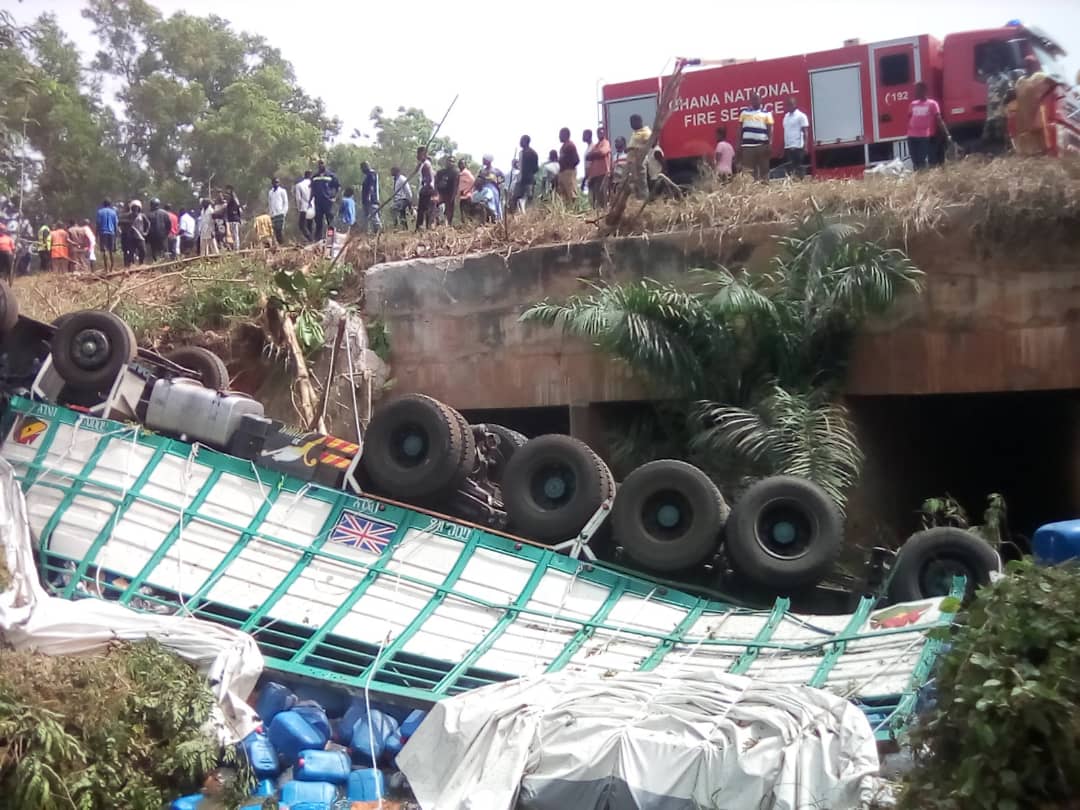 Hundreds of fishes, crocodiles have died in the River Tano, one of Ghana’s biggest water bodies, following a motor accident, disaster management officials have confirmed.

About 15km stretch of the river – which also serves as a major source of drinking water for communities in parts of the Bono and Ashanti Regions – have been affected.

This was after a Burkinabe registered truck carrying wet battery cells from Accra to Tamale, plunged into the river at Tanoso in the Bono East Region Monday, the National Disaster Management Organization (NADMO) confirmed to Dailymailgh.com.

It is estimated that more than five communities have been affected as NADMO declares the river is not safe for human consumption – at least for now.

“We got signals this morning that the river has been polluted and what we are doing is that we have moved in to advise communities along the Tano river bank to stay away from patronizing the water. We have seen crocodiles and fishes dying”, said the Offinso-North NADMO Coordinator, Mamoah Elijah.

“So residents at Tanoso in the Bono Region coming down to Chiraa, Bechem and Duayaw Nkwanta, have been advised to temporarily patronize water from safe sources including existing boreholes”, he indicated.

Emergency services including the Ghana National Fire Service and the Police have since been called to the scene as rescue efforts commences.

The Ghana Water Company Limited has since been informed over the development.

COVID-19 and Beyond: IDS to provide free e-learning platform to interested...