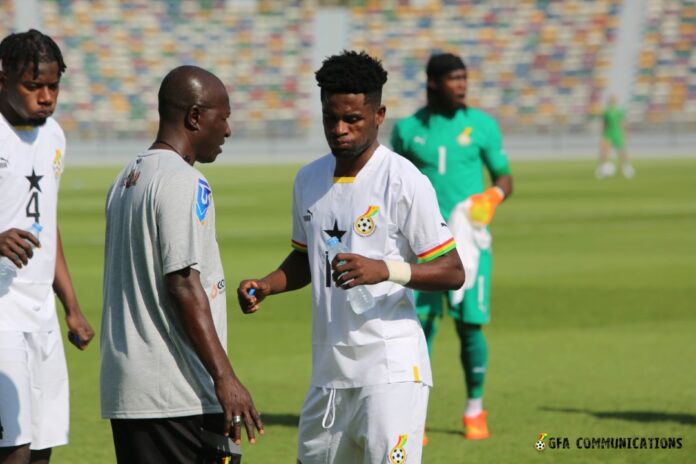 Accra Hearts of Oak SC attacker, Daniel Afriyie Barnieh silenced his critics and doubters with a stupendous display against Switzerland on Thursday afternoon.

The Black Galaxies deputy captain was given a starting berth against the Swiss by head coach Otto Addo ahead of the 2022 FIFA World Cup tournament in Qatar.

Barnie seized the opportunity and wowed Ghanaians with scintillating and mouth-watering displays from the local Boy at the big stage.

Many Ghanaians have asked Ghana’s coach Otto Addo to give the young Phobian more playing time at the 2022 FIFA World Cup.

He was the Man-Of-The-Match according to most Ghanaians who watched the game’s against the Swiss which ended 2-0 to the Black Stars.

Barnieh has won the WAFU Zone B tournament, CAF Youth Championship and two MTN FA CUP trophies and one Premier League title at his young career.