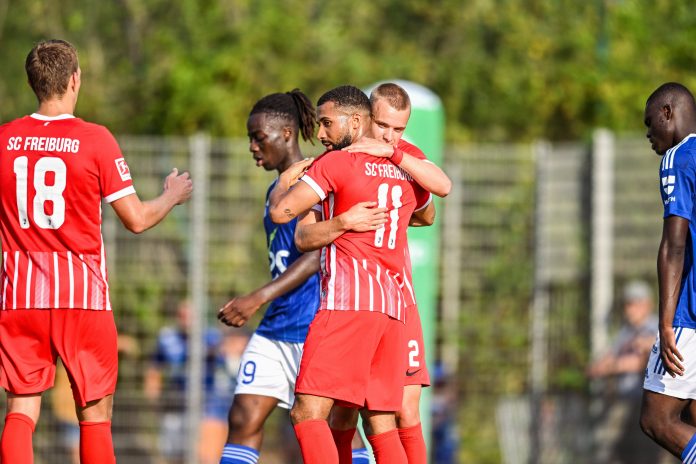 Kyereh, who’s a versatile player came from the bench to score late to secure a draw for the Black and Whites outfit in their last pre-season game.

The 25-year-old found the back of the net for his new club in his first game which ended in a pulsating and entertaining 3-3 draw.

Freiburg took a two goal lead but allowed the French Ligue 1 side to come back to score three goals on the throt before Kyereh equalized for the Europa League side to make it all square at the end of the season.

He scored 13 goals and provided nine assists last season and had his first Ghana call-up, helping the Black Stars team to book a place in the next FIFA World Cup tournament in Qatar later this year.