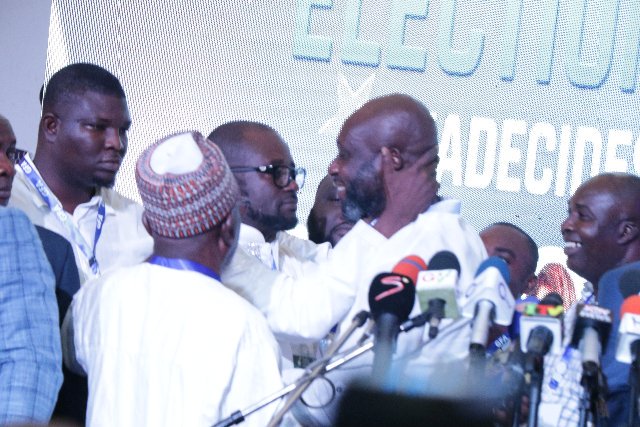 The minority in the Parliament of Ghana has congratulated Ghana’s new Football Association boss Kurt Okraku.

Okraku’s closest contender George Afriyie has also issued a statement to wish him well.
The main opposition National Democratic Congress (NDC) said: “Today is a special day in the history of Ghanaian football. After months of internal clean-up under the supervision of a FIFA-appointed Normalization Committee, football people have spoken.”

According to the minority, they are looking forward to working with the newly elected president of Ghana Football Association to ensure that Ghana football moves beyond its current predicaments and ultimately making sure football in the country becomes the beneficiary.

“We are looking forward to working cordially with you (Kurt Okraku), support and guide you and ensuring that Ghana Football moves beyond its current predicaments and we hope this election brings to an end to any internal wrangling and marks the rebirth of a united football family under one great leadership with Ghana Football being the ultimate beneficiary”, Mr. Kobena mensah wayome, Ranking member, committee for youth and sports stated.

On his part, Afriyie said: “On a historic day for Ghana football such as this, I congratulate kurt okraku on becoming our leader.”

He added: “Your success is the nation’s collective success.”

Mr Afriyie also thanked all delegates who participated in the voting exercise.

“Thank you to all delegates who took part in the process”.

He concluded by wishing Ghana football the best of luck going forward after a successful elections.

Ghana miss out on top seeding for Afcon 2019 draw