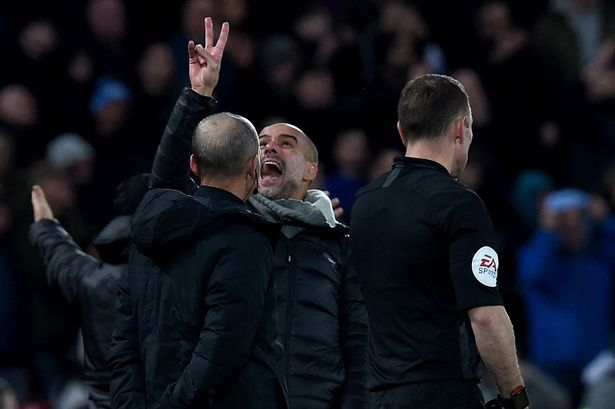 What more could be said about Pep Guardiola and his great Manchester City team?

Not since Sir Alex Ferguson retired has the Premier League had a manager whose presence and success has raised the bar so high for the rest of the field. After a difficult debut season in 2016/17, Guardiola’s City finally got the formula right — and in some style, too, twice winning the Premier League title and becoming the first in a decade to retain it. The incredible tally of points won and goals scored across both triumphant campaigns have seen the imperious Citizens smash opponents and records for fun, forcing their brilliance and superiority down the guts of everyone else.

The message?
To keep up, back up.

No club got the message louder and clearer than Liverpool, and none has responded faster and better. True, it has taken the Reds a while to catch up, but after pushing City to within a point of league glory last term (recording their own best point haul of the Premier League era, losing only to City all-season), many opined that Jurgen Klopp’s team wasn’t far off from reaching City’s lofty standards.

This term, Liverpool have, indeed, matched the champions — surpassed them, in fact. City have lost little of their class, to be fair, but they have already lost three times, and the latest defeat — to Liverpool, of all sides — might be the one that swings the pendulum of power.

It isn’t the first time the Merseysiders have beaten City in Guardiola’s tenure — there have been five occasions — but Sunday’s 3-1 loss ensures that, between City and unbeaten table-toppers Liverpool are, not just nine points, but also Leicester City and Chelsea. Yes, it’s only November, and City overcame a similarly considerable points deficit in 2018/19 to snatch the trophy from Liverpool’s reach, but it’s obvious that they have little margin for error now; that the end of their dominance — for this season, at least — is nigh.

Almost anyone can see it — even Guardiola has, and if his touchline histrionics at a cold Anfield as his love-hate affair with VAR continued didn’t make that clear enough, his post-match comments certainly did.

“What happened today we showed why are champion*, I am so proud of my team, more than ever,” Guardiola claimed afterwards.

Of course, he said a lot more, but did you notice how often and how not-so-subtly the former Barcelona boss sought to remind us of all he has achieved with City in the top-flight, as though that past is at all forgettable?

Do read those quotes again — slowly this time.
Seen?

Well, here was Guardiola — a man usually measured in his utterances when he’s not championing Catalan independence or protesting a fresh VAR-ian injustice — sounding a lot like his great adversary and antithesis, Jose Mourinho, in attempting to force us to look into the rear-view mirror with him, perhaps because he only sees a bleak picture ahead.

Guardiola is losing the plot, clearly, and he is not quite sure how to react. It is hard to blame the poor guy, though, you know. His is still the more richly assembled unit and, on most days, doubtlessly the division’s devastating force. But things haven’t been this bad since that underwhelming maiden season in England, and while it is too early to predict a reversal to those fortunes, City are slipping — if not sinking — fast.

A steady hand and a level head are needed to salvage — even redeem — the situation, but Guardiola doesn’t appear to possess either right now.