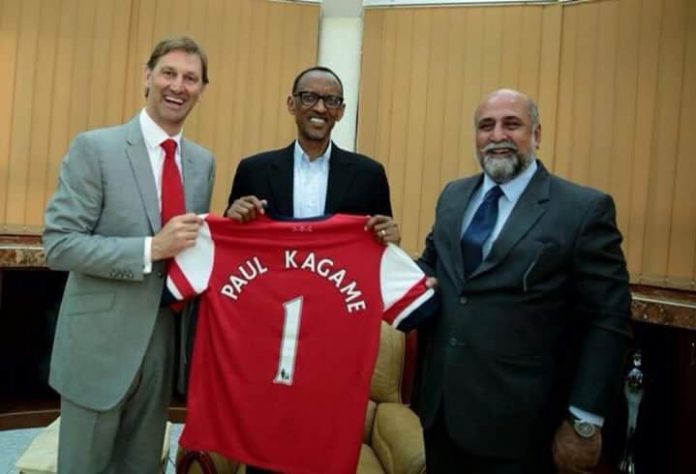 Roll your eyes all you want, but you’re going to hear a lot more about Rwanda in the news — you know, about how the East African country is doing all it can not to be remembered eternally as the land once crushed by genocide.

Thus far, the quest for redemption — championed by head of state Paul Kagame, himself keen to shed his history as a guerrilla commander, or even his poor human rights record as president — has been remarkable, yielding significant gains. Rwanda’s capital, Kigali, is as safe and clean as a modern African city can be, also boasting a skyline that, enhanced by a construction boom, gets ever more impressive. Even more admirably, Rwanda has recently begun rolling out locally-made smartphones and automobiles, while improved provision of social services to the populace suggests that the state is steadily getting the basics right. In all, the country’s rise from the ashes is held up as a success story to shame inspire continental peers that may — or may not — feel excused by such a similarly sorry past.

Okay, now you can stop rolling those eyes; attention, please.

In selling the new-look Rwanda, tourism has been used as a powerful instrument, with the nation’s tourist board, Visit Rwanda, presenting a strong case to foreigners who could be enticed to come discover all the good things that nature, and Kagame’s 19-year regime, has endowed the country with. The boldest, costliest move yet on that front was a controversial three-year deal announced in 2018 to have the aforementioned board’s logo on the sleeve of English football club Arsenal, worth a reported £30 million.

For a country that receives twice that much in foreign aid from the United Kingdom each year and is still ranked one of the poorest in the world, that piece of business did not appear very modest or even sensible. At best, it felt like a gamble that might pay off; at worst, a personal indulgence by Kagame (given the great coincidence that he is an Arsenal fan, and a pretty vocal one at that).

Between those extremes, though, there was much to be reaped, and — with little over a third of that sponsorship’s duration elapsed — it seems Rwanda may already be counting its profits. In October this year, Rwanda featured on Forbes’ 20 best places to visit in 2020, while Visit Rwanda claimed a top award for destination excellence in luxury and experiential travel at the 2019 Luxperience Awards in Sydney, Australia.

Just a month later, Rwanda has been ranked as Africa’s premier travel destination — and at No.4 globally — in 2020, according to Travellemming.com, a website whose annual Emerging Destination Awards shines a spotlight on the world’s most promising tourist hubs. Of course, it is hard to tell just how much of all this is a direct consequence of the country having its brand associated with one of football’s biggest clubs, but with the following Arsenal enjoys worldwide and the ever-widening viewership to which the Premier League is served, some have surely taken notice.

Ultimately, there is a point to be made for Rwanda — even matchdays when Unai Emery’s Arsenal don’t pick up any/many.