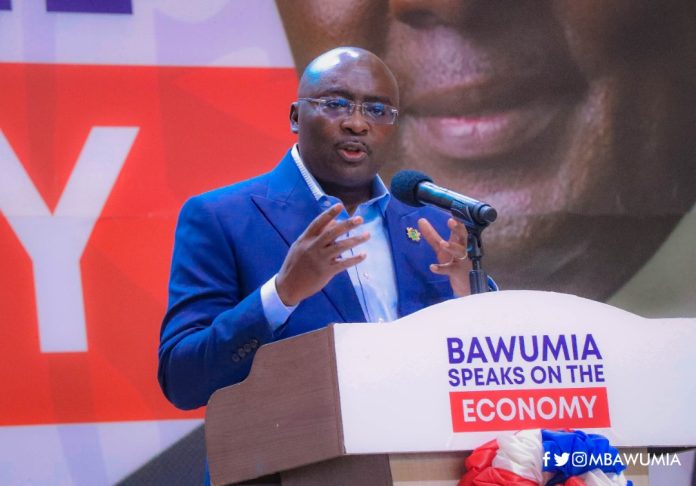 The Vice President, Dr. Mahamudu Bawumia says government successful digitization drive is not only ensuring efficient delivery of public services, it is also contributing significantly to the fight against corruption in the public sector.

During his State of the Economy lecture last week at the National TESCON Conference, Dr. Bawumia noted that one of the reasons for embarking on a vigorous digitization drive is to reduce human contact in public service delivery in order to considerably minimise the risk of bribery and corruption in the system.

“Our approach to improving the delivery of public services is to minimize human contact as much as possible. Therefore, we embarked on an aggressive digitalization of the processes of service delivery across many public institutions with coordination from my office,” Dr. Bawumia said.

The digitization process, Dr. Bawumia noted, has made a significant impact on efficient public service delivery, boosted revenue and also helping in the fight against corruption in many sectors.

“Digitization has dealt a severe blow to corruption at the Passport Office,” Dr. Bawumia added.

At the ports, the Vice President also recounted how previously, the bureaucratic processes in the clearing of goods involved a lot of paperwork, delays, corruption, inefficiencies, frustrations and loss of revenue to government.

“Many citizens who had cleared goods at the country’s ports had horror stories about their experiences at the ports,” he said, adding that: “the introduction of a paperless port system has reduced the layers and simplified the process, reduced the time needed to clear goods and the avenues for corruption and increased efficiencies and revenue mobilization at the ports.”

“Customs revenue has increased from GHC 10.3 billion in 2016 to GHC16.1 billion in 2021. Digitization has clearly reduced corruption at the ports.”

Dr. Bawumia mentioned similar efficient service at the DVLA, with digitalization of the drivers licenses in 2019, ensuring an increase in service by 109% in 2020.

The Vice President also stated how the digitised Motor Insurance Database, has made it possible to help curb the menace of fake motor insurance stickers by dialing the USSD code 92057# to authenticate a genuine motor insurance.

“Digitization has dealt a severe blow to corruption in the insurance industry with no room for fake insurance certificates.”

Dr. Bawumia also showed how the recently launched e-ticket for football matches, which started with the Ghana versus Nigeria World Cup qualifiers in Kumasi registered unprecedented Gate proceeds without selling of direct ticket at the gates.

“It was a successful pilot and yielded the highest ever revenue (GHC 1,423,400) for a football match in the history of Ghana,” revealed the Vice President.

Following the digitization of several government services, these services and payments have also been converged on one platform, Ghana.Gov to ensure easy access to the public, as well as reliable tracking of payments.

Dr. Bawumia gave an update on the output of the platform, and how it is contributing to the fight against corruption.

“The platform (Ghana.gov) has so far received a total GHC55.7 billion of payments to government since its inception. It is quite likely that if these payments were made through cash, quite a bit would have ended up in private pockets.”

“Digitization has therefore dealt a severe blow to corruption involved in the collection of payments by different institutions for government.”