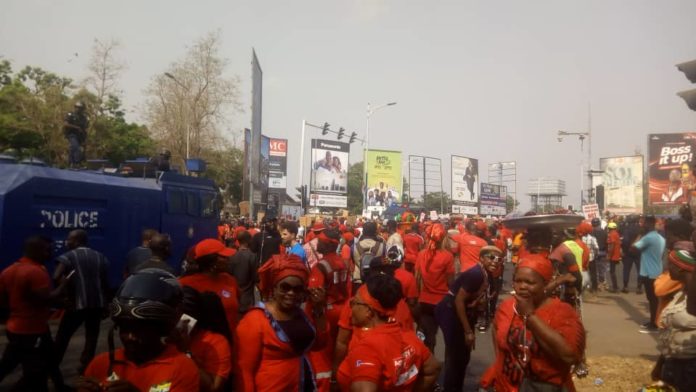 Leadership of the Progressive People’s Party (PPP) has asked the Inter-Party Resistance Against New Voters Register not to include the party and its affiliates in their dealings.

The PPP said its attention has been drawn to the usage of its party logo in the coalition’s activities.

In a statement, the opposition party said: “Progressive People’s Party is not part of your demonstration, picketing or any form of resistance.”

Opposition parties in Ghana have formed the Inter-Party Resistance Against New Register to kick against the Electoral Commission’s decision to compile a new register.

The biggest opposition National Democratic Congress is leading the charge. The others include the People’s National Convention (PNC), the All People’s Congress (APC), the Eagle Party and some others.

The coalition has held three demonstrations in Tamale, Kumasi and the latest in Accra.

The group insists that despite the EC’s justifications for getting a new register, they see no need to spend the country’s meagre resources on it.

The EC has, however, slated April 18 to commence the exercise.

FOR A LITTLE WHILE: Caught In the Web of Human Existence