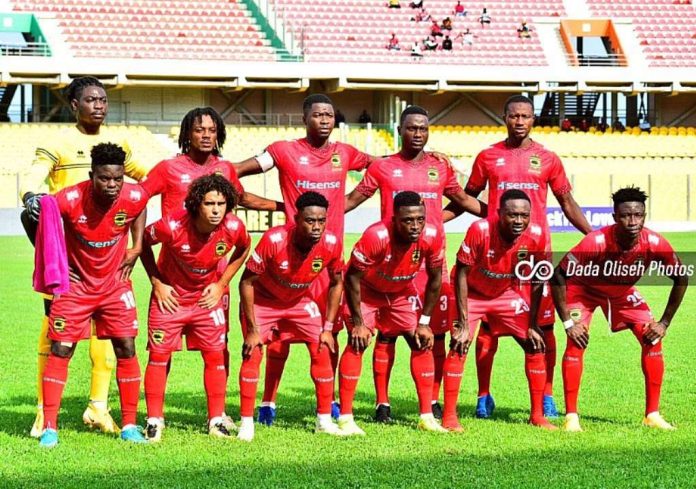 The former Kotoko captain also heaped praises on the Porcupine Warriors for their bright start to the 2021-22 Ghana Premier League.

Kotoko have been a great form this campaign beating Dreams FC 3-1 away in Accra in the season opener, and have also, recorded wins over Bechem United, Bibiani Gold Stars and Eleven Wonders last Saturday at the Baba Yara Stadium.

When he was asked about his take on the Porcupines performance, the former Ghana player lauded his former club’s blistering start to the season but has advised them not to be complacent and focused on their subsequent matches. He told Akoma FM in Kumasi;

“For now they’re doing very well. But they should not be swollen-headed. They need to concentrate and make sure every single game they take it game after game and should never think we’ve won four games, so that’s the end of it. Once complacency sets in then, it will be a problem for the team.”

“And they also know that each team they face will be coming out in full force because now they’re leading the league table, and automatically all the teams will be eyeing them, giving them tough games, so the most important thing is to be focused and play according to the tactical instructions of the coach.”

Kotoko are top of the league table after four matches into the 2021-22 season with 12 points and three points above Kumasi King Faisal FC.

Official: Coach Tanko names his men for Under-23 AFCON