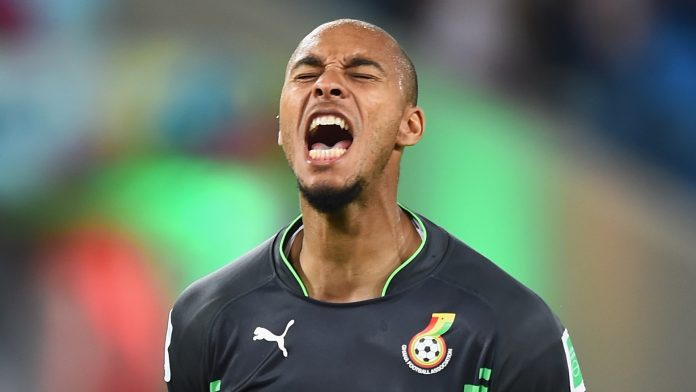 Former Black Stars shot stopper, Adam Kwarasey has warned foreign-based players of Ghanaian descent not to switch nationality to play for Ghana because of the 2022 FIFA World Cup tournament.

In recent months, a host of players born abroad with Ghanaian root have been cited by many media houses as possible inclusions to Ghana’s squad after the team’s qualification for the World Cup later this year.

Kwarasey had his Ghana debut in 2007 and has stated that the World Cup should not be the rationale behind some of the player’s decisions to play for the country and asked them to be fully committed to the Black Stars.

“They need to come for the right reason I’ll say. I know they probably want to experience the World Cup but I hope they come because they want to represent Ghana and not because they were not selected by another country,” the FC Oslo Sporting director told JoySports in an interview.

“I think that’s number one – they need to be there because they want to play their hearts out for Ghana. Number two is hard because it’s been a while since I have been around, so I don’t really know how things are done in camp, but adjust quickly and do your best basically.”

In the 2012 Afcon qualifications, Kwarasey made his debut for Ghana against Swaziland. He remained the Black Stars’ starting goalkeeper in the competition, where they placed fourth.