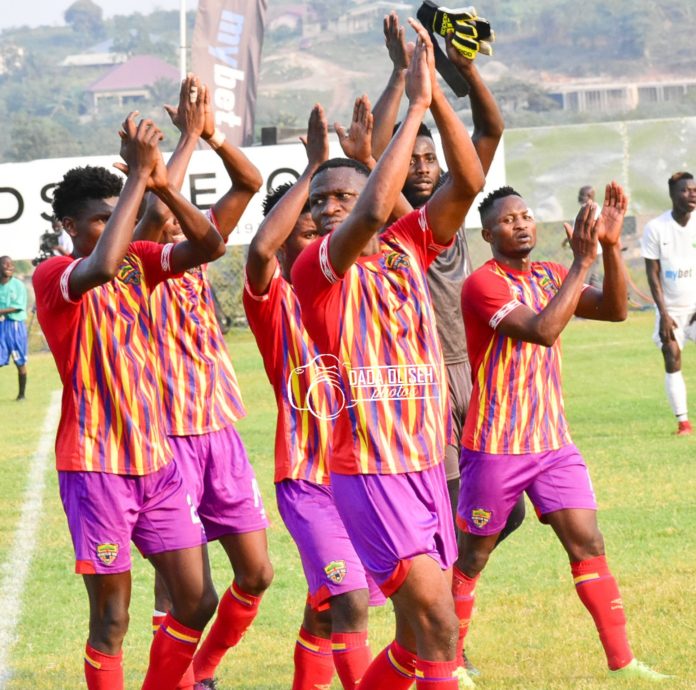 Dreams FC have been beaten at home by Hearts of Oak.

The Still Believe side succumbed to a painful 1-0 home defeat to the Phobians on Sunday.

The Phobians started the game well and controlled the tempo throughout the match.

Striker, Joseph Esso hit the crossbar twice in the first half dominated by the visitors.

Dreams could not create a glaring chance in the opening 45 minutes and were lucky to go into the break level with the Rainbow Boys.

Hearts’ persistence paid off 10 minutes into the second half when Kofi Kordzi scored on the turn just inside the goal area to finish off a fine and exquisite move by the Phobians.

Hearts looked more dangerous as the game wears on but failed to capitalize on their dominant performance to grab the second goal.

Experienced striker and former Hearts marksman Eric Gawu thought he had won his team a penalty in the dying embers of the match but to his surprise play was waved on by the center referee.

Hearts held their grounds and recorded their second away win in four attempts this season.