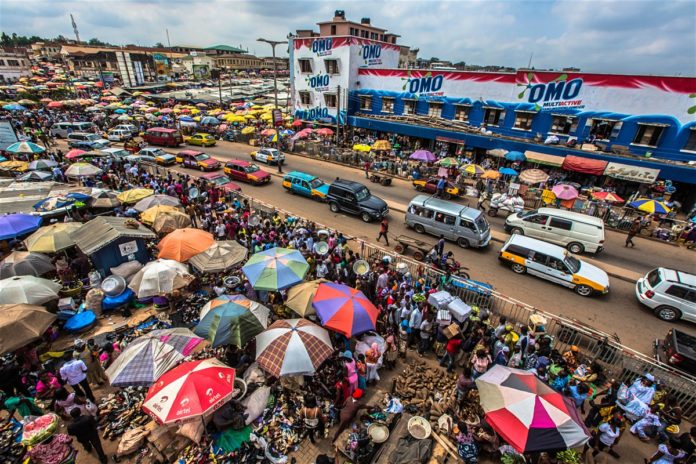 City authorities have been detailing how a suspect driver attempted suicide moments after stabbing to death a metro guard with the Kumasi Metropolitan Assembly (KMA) on Saturday (9 April 2022).

Thomas Amakye Yankey, 50, sustained multiple knife wounds on the neck and abdomen during a scuffle between the suspect driver and his mate at Adum-PZ, a location within the Central Business District him over wrongful parking.

A spokesperson for the KMA, Henrietta Aboagye who narrated the incident to asaaseradio.com said: “The driver was loading in the middle of the road and so the deceased confronted him to get off the road and park at a designated area… So the ‘trotro’ driver stabbed him in the neck and on the stomach [following the confrontation].

The deceased who was bleeding profusely was taken to the Anwiam Clinic for treatment but was referred to the Accident and Emergency Unit of the Komfo Anokye Teaching Hospital (KATH) where he died.

The KMA spokesperson further revealed that the suspect driver also attempted suicide when during an attempt to arrest him.

“He [the suspect] has also been arrested. He also stabbed himself with the implement. He has been treated, discharged, and currently in custody”, she added.

The police CID has taken over investigations.

The incident has left the Assembly in shock. The Kumasi Mayor, Samuel Pyne is expected to lead a delegation to the home of the late Thomas Amakye Yankey, later this week.

Workers at the KMA are demoralized as they launch a desperate campaign to get justice for their colleague who has been described as ‘kind-hearted’.