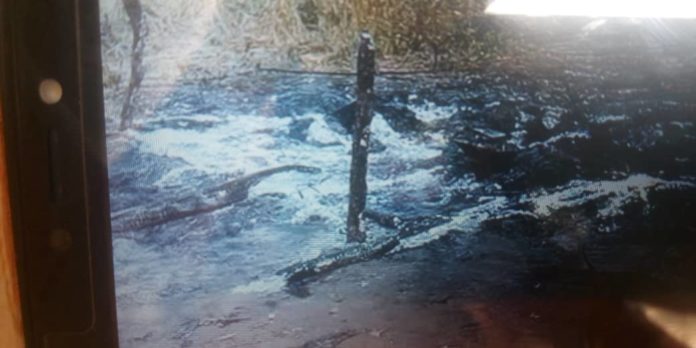 A young girl has lost her life while another is in a critical condition as bushfire spreads and traps them in their house.

The incident occurred at Issifu Korpe, a fishing community at Digya Island in the Afram Plains North District of the Eastern Region.

According to sources, the parents of the children had travelled when the incident occurred Saturday evening.

The blazing fire engulfed the thatch house killing one of them while the other survived with serious burns.

The Afram Plains Area is notorious for bushfire incidents caused by herdsmen who deliberately set fire into bushes in anticipation of sprouting new grasses to graze their cattle.

Three weeks ago, a family of three at Makofi in the Afram Plains South District were rendered homeless after their homes were burnt by similar bushfire incident caused by the herdsmen.

Meanwhile, the Eastern Regional Director of the National Disaster Management Organization (NADMO), Kwame Appiah Kodua has directed district directors in the Afram Plains area to intensify education among the herders to desist from the indiscriminate bush burning.