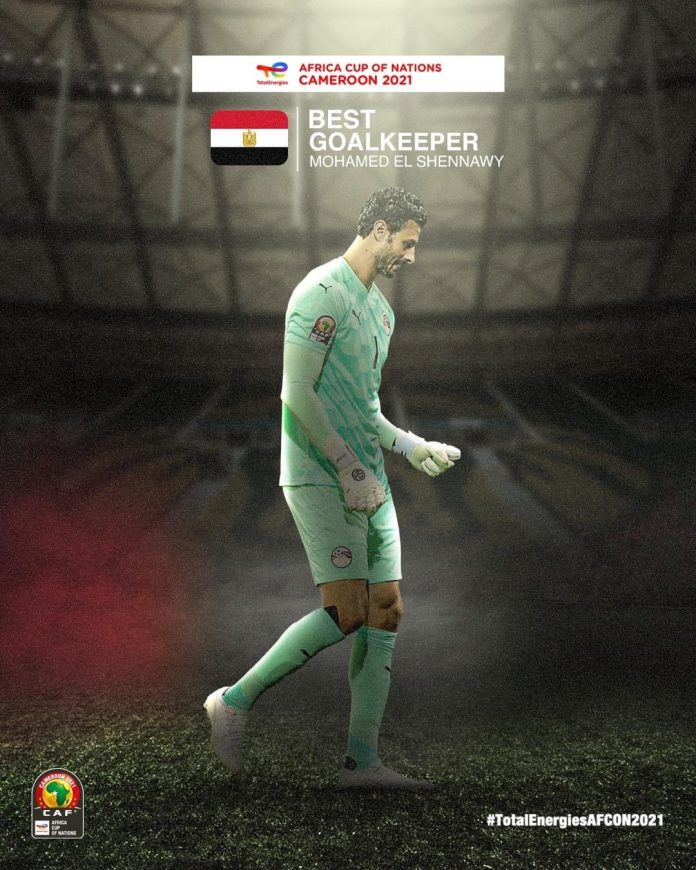 The Al Ahly first choice goalie, who’s the deputy captain of the Pharaoh’s of Egypt kept two clean sheets and conceded one goal in three matches.

His heriocs prevented the record Africa Cup of Nations winners from conceding a handful of goals and helped them to secure back-to-back 1-0 wins to book a place in the knockout stage of the competition.

The only goal El Shenawy conceded was in their opening AFCON 2021 game defeat to the Super Eagles of Nigeria when Leicester City striker, Kelechi Iheanacho score with a brilliant and Unstoppable strike.

In his subsequent two matches against Guinea Bissau and Sudan, the lanky shot stopper produced a masterclass performance in both games and kept a clean sheet in those two games to help his side secure a place in the knockout stage.

Watch His Saves Below: