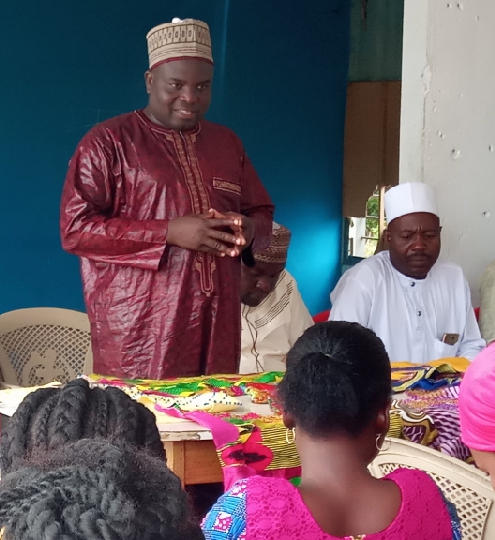 The Municipal Chief Executive for Ejura in the Ashanti Region, Alhaji Mohammed Sualisu Bamba, has discounted as untrue and mischievous a report alleging a friction between him and a community said to have accused him of political bias and neglect.

The MCE has urged the public to ignore the inaccurate and unbalanced publication.

The report by a section of the media sought to portray a bad blood between the MCE and residents of Hiawoanwu, a farming community on the main Kumasi -Yeji highway, less than 12kms north of the municipal capital.

According to the report, the residents had been angered by the decision of the MCE to take back a waste bin that was sent to the small town to help improve sanitation.

It claimed that the MCE had also justified his action with accusations that the community did not vote for the New Patriotic Party in the 2016 elections for which reason he wouldn’t commit development to the area.

In response, Alhaji Bamba rejected the accounts of the story, labeling it as a cheap agenda – setting plot seeking to incite the residents against his administration, and the New Patriotic Party in the area.

The MCE who laughed over the allegations numerated a tall list of infrastructure projects delivered to the community by his administration.

Amongst them; he mentioned a 4 units classroom block at Nurul Islamic school, the first and only Islamic school in the Muslim dominated farming area; a 4 kilometers Hiawoanwu nkwanta farm road which is about to begin by close of this month.

He explained: “I have built a school and we are doing roads, and even the last farmers day celebration was held in the community.”

He added, “There is no community in the municipality that has been left out since we took office. “It’s true that many of the communities, not only Hiawoanwu but Kasei, and others in that enclave are still deprived, nonetheless, he have spreading development fairly and judiciously across without any political consideration.”

The Hiawoanwu community like many others in the Ejura constituency has a longstanding alliance to the NDC party but for many years, youth employment and lack of livelihood alternatives, chronic poverty and underdevelopment have plagued the small town.

Alhaji Bamba has been a strong force and pillar spreading the influence of the NPP in the area since his returned from overseas where he was a successful business magnate.

He shot to spotlight in 2012 following his massive win where he snatched the seat for the first time in many years from the NDC.

He stood again in the last election but lost and was appointed the Chief Executive of the Ashanti region’s largest maize producing municipality, following his sterling performances in parliament.

He has again been elected as the party’s parliament candidate.