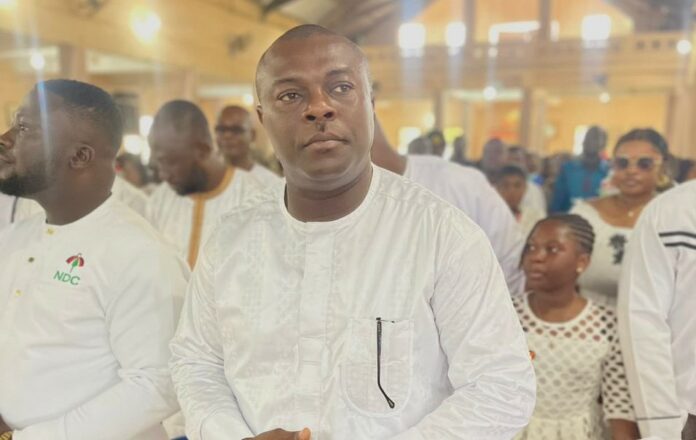 The opposition National Democratic Congress (NDC) says it is targeting more parliamentary seats in the Ashanti Region ahead of the 2024 elections, according to re-elected Regional Chairman Augustus Nana Kwasi Andrews.

Nana Kwasi however believes this can be achieved in the ruling party’s stronghold with a united and formidable front. The party has already presented lawmakers from Asawase, New Edubiase, Sekyere Afram Plains and Ejura.

“After my victory [in the Regional Delegates’ Conference], I called all the aspirants and we have resolved to stay united. This time we want to increase our votes in 2024; and we have more seats to snatch in the Ashanti Region, that is my focus for now”, he told dailymailgh.com after a thanksgiving service at a catholic church in Ejisu on Sunday (November 27).

“We are seeking to bring everybody on board [for the task ahead]”, I am blessed with a more focused team and we shall make it happen. The NDC will win the polls without any bloodshed”, he added.

NPP not an option

Nana Akwasi also took on the Akufo-Addo-led administration for the country’s economic woes which he says has been run into a “ditch”.

“They [NPP] labeled John Mahama as incompetent but what was the exchange rate then and what is the situation now? The prices of petrol products are killing businesses in Ashanti Region. But I must say that the suffering Ghanaians now know that former President Mahama is the best alternative and we shall make it happen under my leadership.”

The event was heavily attended by former government appointees, former MPs, and other party bigwigs. The catholic church prayed for the team and wished them well in their endeavours.

Augustus Nana Akwasi Andrews was retained after the November 13 polls.