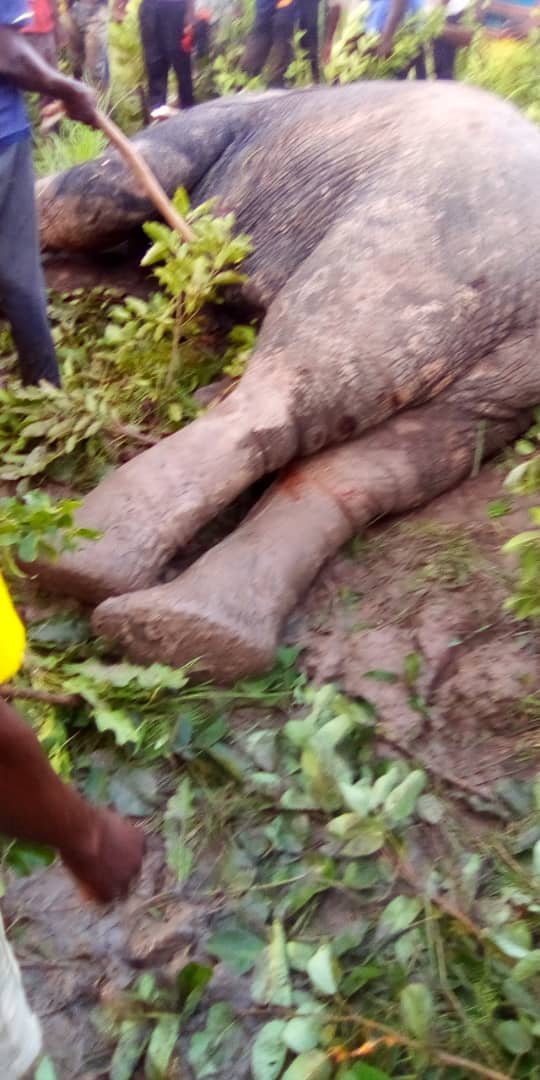 Wild elephants have attacked the Yankazia community in North Eastern Ghana, killing a farmer in the area, officials and local media reported.

The herd of elephants entered other communities along the West Mamprusi District on Wednesday, forcing residents to leap for safety.

A report published by the National Disaster Management said the mammals launched the attack on the victims moments after their motorbike run into them.

One of them managed to escape while the other was completely trampled to death, it is reported.

The yet-to-be-identified victim has since been buried. He had three wives and 13 children.

The community ended up killing one of the animals, reported asaaseradio.com.

The incident comes months after suspected poachers killed an elephant at Wungu, a community located within the same district.

Body parts including ivory were removed during the attack, triggering concerns about the safety of wildlife in the area.

Ghanaian sentenced to 40 months in US for resisting deportation