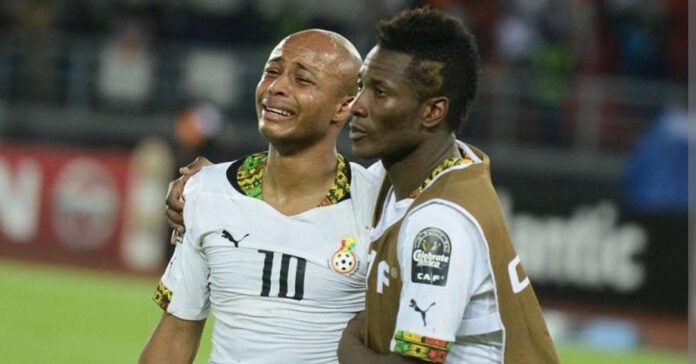 Ghana’s all time top scorer Asamoah Gyan is asking the Ghanaians public to pray for the Black Stars team to deliver at the 2022 FIFA World Cup tournament in Qatar later this week.

According to him, Ghanaians have talked enough about the team and believes it is time to stop talking and start supporting the team in Qatar.

Gyan, 37, who’s the African footballer with most goals at the FIFA Mundial has asked all Ghanaians to rally behind the team as they take on the rest of the world this month and in December.

“Everyone have shared his or her opinion about the BLACK STARS. 26 man squad is out now so what we have to do now is to support those in camp now.”

“If u have any comments, wait till after the first game of the tournament. But for now , let’s pray for the team to deliver”, the Ghana all time top scorer tweeted.