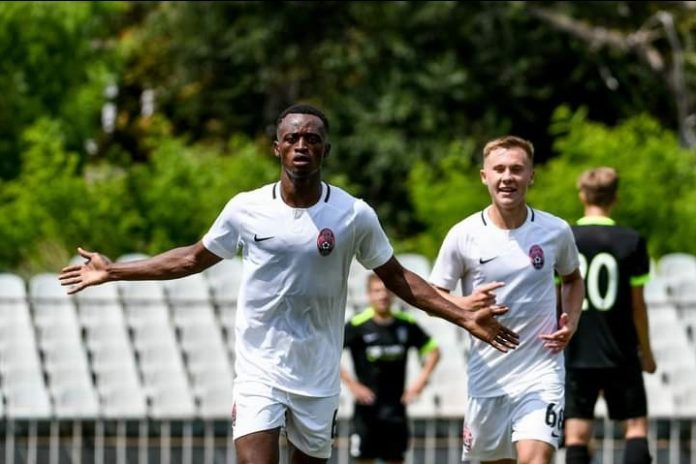 The 19-year-old was in a dazzling form for Ukrainian Premier League side  Zorya Luhansk but had to flee for his life following the war between the two European countries.

The Black and Yellows has given the young footballer a chance to train with their U23 team who currently plays in the German third tier league.

“The bombs and rockets fell – I could hear them. The war was getting closer and closer, and I got scared. Then I decided to flee,” Owusu told Ruhr Nachrichten of his journey from Ukraine, via Poland, to Dortmund.

“And now I’m training here at Borussia Dortmund, and took a photo with Erling Haaland after training. That’s crazy!”

Engagement has also been expanded in the form of targeted donation campaigns from several players, while the DFL has already made €1 million available for humanitarian support.

The Ghanaian forward played 13 League matches this season in the Ukraine Premier League and scored four goals for his club.

He could be signed by any club that shows interest in him including Dortmund if he impresses the technical team.