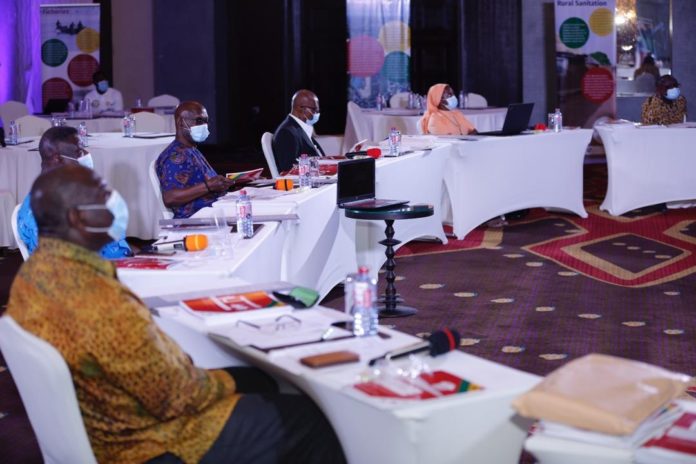 The President of the Copenhagen Consensus Centre, an international think tank, Dr Bjorn Lomborg, has admonished government to explore effective ways of using the country’s limited resources for accelerated development in the wake of the COVID-19 pandemic.

Dr Lomborg, who is one of the World’s 100 most influential people rated by TIMES Magazine, lauded Ghana for posting a 3.5 % average GDP growth per capita a year before the emergence of the pandemic, whilst extreme poverty fell by almost 80% as declared by the Ghana Statistical Service(GSS).

Dr Lomborg said this when a team of 28 researchers presented their findings to a seven-member Eminent Panel at the “Ghana Priorities Conference” in Accra on Sunday, August 9, 2020.

The event was spearheaded by the National Development Planning Commission (NDPC), in collaboration with the Copenhagen Consensus Centre.

The conference seeks to prioritise the best policies for the country’s future based on cost-benefit analysis across all sectors of government.

Dr. Lomborg said, “Ghana’s development has been a real success story. Before the COVID-19 pandemic, real GDP per capita has increased by 3.5% per year on average and extreme poverty levels fell by almost 80% according to the Ghana Statistical Service.”

He, however, said there remain clusters of poverty which is harder and more expensive to eradicate.

Therefore, government must explore effective ways to make sure limited resources are used in the smartest ways possible.

Prof. Charles Adjasi from the Stellenbosch University in South Africa presented findings on a study on effects of four well-known policy instruments designed to improve livelihoods.

The overall research suggested that poverty graduation is likely to be the most effective use of public funds aimed at reducing poverty directly.

Besides, he said, having the largest benefit-cost ratio with every cedi invested yielding Ghs1.8 in social and economic benefits, the programme brings sustained benefits to the recipients throughout the course of their lives.

However, Dr. Lomborg pointed out that other indirect approaches to poverty might be more effective.

These could focus on improved education or better health care, which for the same amount of cedis often can help much more, as presentations from the previous two days of the Ghana Priorities conference have shown.

Another issue that affects an individual’s ability to escape poverty is nutrition in the prenatal stage and early childhood. Not only is good nutrition fundamental to guaranteeing overall health and wellbeing, it also brings multiple benefits to the economy through a lowered rate of avoidable disease, and a boost in productivity throughout life.

Stunting, or being shorter than normal for a child’s age because of undernourishment, has been shown to hinder cognitive development and means that the child will do less well later in life. If children get better nutrition, their brain will develop better, they will learn more in school and become much more productive as adults.

Prof. Richmond Aryeetey from the University of Ghana and Prof. Paul Kwame Nkegbe therefore presented a new study on the most cost-effective mechanisms to reduce childhood malnutrition.

They showed that interventions such as complementary feeding promotion, breastfeeding promotion, and supplementation with micronutrients and calcium in pregnancy can be highly beneficial not only for young children but for society as a whole, offering impressive social returns of Ghs 36, Ghs 24 and Ghs18 respectively for every cedi invested.

He noted that with only 22% of the urban population having access to improved sanitation facilities, with shared toilets the most common service option in cities, it requires urgent intervention to resolve it.

He said with rapid urbanization further complicating the issue, sanitation is a serious challenge for the country.

He pointed out that even though enforcement of sanitation by-laws by metropolitan, municipal and district assemblies would bring additional costs, it would ultimately improve compliance and more likely to have a larger effect on urban sanitation situation.

He noted that every cedi spent on toilet subsidy provision with improved enforcement of sanitation by-laws would yield a benefit worth a little over 4 cedis, largely from increased productivity and cost savings from no longer having to use public toilets.

The Eminent Panel comprised seven distinguished academics, including high-ranking officials from the Finance Ministry and the Ministry of Planning, as well as Nobel Prize-winning Professor Finn Kydland.

Nduom sues BoG, others over revocation of GN Savings and Loans...