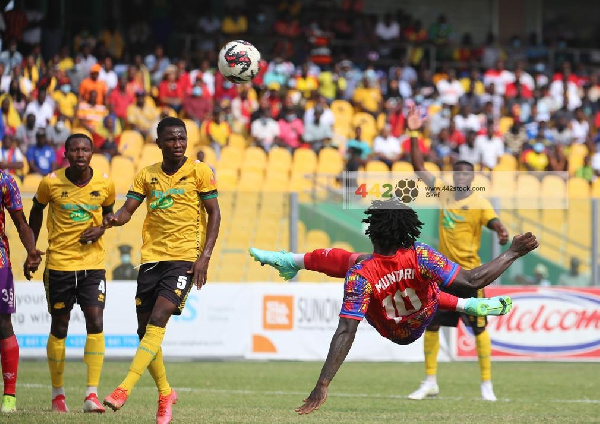 The Phobians has excluded the Ghana legend from his team for their MTN FA CUP final this Sunday evening as they aim to end the season with a trophy.

In-form Bechem United FC are the favourites going into the final on Sunday evening at the Baba Yara Sports Stadium in Kumasi.

The hunters are unbeaten in their last 12 matches in all competitions and are the favourites to lift the covetous trophy to represent Ghana in the CAF Confederation Cup competition.

Hearts won the trophy last season when they won the the treble and will have a chance to play in CAF’s inter continental club football if they see off the Hunters in Kumasi.

Muntari scored a goal and provided four assists in 12 games in all competitions for the Rainbow Boys since he joined.

The reason for his absence is unknown but his presence on the field would’ve helped the Phobians due to his passing and set pieces expertise.

​Hearts are set to be without Sulley Muntari, Nurudeen Abdul Aziz, Isaac Mensah and Ibrahim Salifu, among others, for their crucial FA Cup final tie against Bechem United on Sunday.

‘I mistook him for a pig’ – Suspect linked to murder...