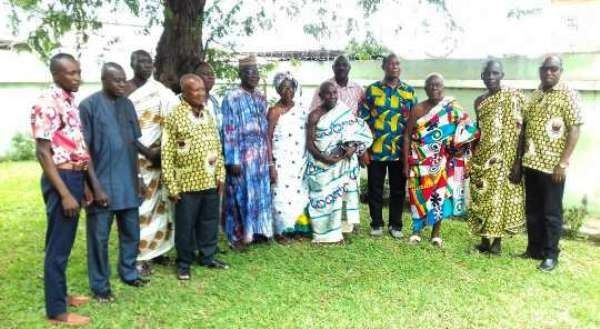 The Ghana Cocoa Coffee and Sheanut Farmers Association has expressed gratitude to government for setting the floor price for cocoa at $2,600 per metric tonne.

The move between Ghana and Côte d’Ivoire, according to them will enable them invest more into their farms.

Farmers in the two countries produce more than 60 percent of the world’s cocoa output, but have been hit hard by the collapse in cocoa prices in 2017.

Representatives from across the industry met in Ghana to discuss the common floor price for cocoa beans produced in Ghana and Ivory Coast that would protect farmers’ livelihoods.

Traders, manufacturers and processors agreed to the proposed floor price of $2,600 per tonne, but requested a technical meeting on July 3 to address details of its implementation.

The Association believed that the new price was a relief to boost production in the cocoa sector and as well increase the incomes of cocoa farmers in the country.

Alhaji Imoro Issifu Alhassan, the spokesperson for the Association at a press briefing in Accra, commended President Akufo-Addo for the initiative, saying, ‘the decision is in the best interest of the farmers’.

He also appealed to the President to redeem his pledge of ensuring that the Association get the supply of mosquito nets, solar torch lights and solar lamps for the use of farmers as incentives to increased production.

Also, President of the Association, Alhaji Alhassan Bukari said the gesture won’t only boost production but also increase employment in the sector.

“We were very happy when we heard the news because it means we will employ more of the youth to work on our farms” he added.

Alhaji Bukari called for pragmatic steps aimed at reversing the increased smuggling of cocoa from the country.