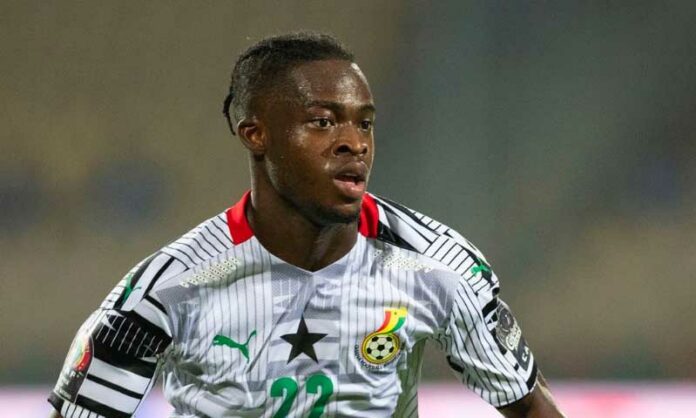 Fast Rising Ghanaian star forward Kamaldeen Sulemana recorded the fastest sprint at the 2022 FIFA World Cup despite playing just one game for the Black Stars in their early exit in Qatar.

In the game against Uruguay, the young man who plays in the French Ligue 1 was given a chance to shine in the second half and ended up recording a sprint of 22.2 MPH, the fastest sprint in the tournament.

Kamaldeen is currently on a break from football but is expected to return to club action soon as the French Ligue 1 is set to start the second half of the 2022-23 season.

He’s been a pivot for Stade de Rennes in the French top-flight with his skills and pace helping his team to qualify for European club competition.

Kamaldeen Sulemana is tipped by many football pundits and ex footballers to reach the very top of World football should he manage to stay fit.

Covid-19: Ghanaian pastor, 2 others arrested for holding church services despite...