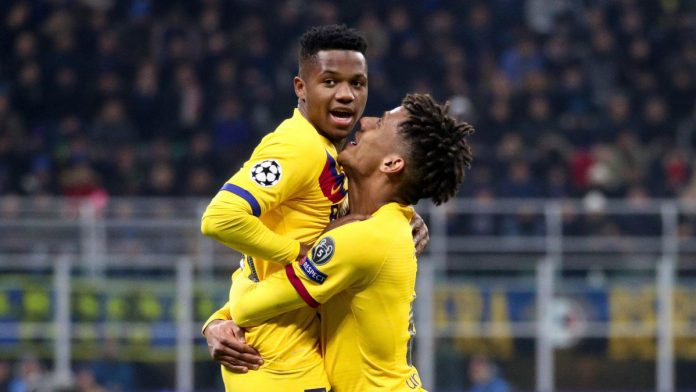 It took the Guinea-Bissau native — now a Spanish national — just a minute after coming on late in Barcelona’s final Group F game away to Inter Milan to beat the long-standing mark, previously held by Ghanaian Peter Ofori-Quaye, by 154 days.

Ofori-Quaye’s feat came in the 1997/98 season, a barely consolatory effort in a 5-1 thumping by Norwegian side Rosenborg, and he had held on to it ever since. Fati, in only his third appearance in the competition, now claims it, with 2-1 winners Barcelona finishing top of the group ahead of Borussia Dortmund, as Antonio Conte’s Inter — in third — slip to the Europa League.