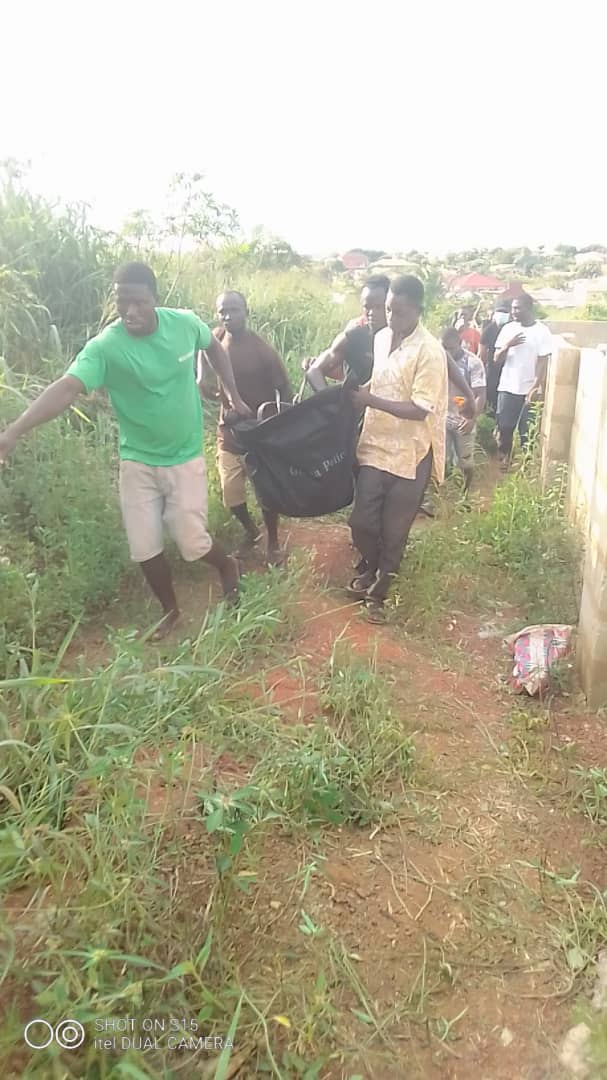 The decapitated body of an Uber driver was found Sunday afternoon sparking fears among residents.

The fresh body of Israel Agyei Manu was found dumped in the Feyiase Akoyem Electoral area, after a loud cry from the male adult suddenly ceased briefly.

A search party by police and community members of in the Bosomtwe District town led to the recovery of the head of the 33-year-old male adult.

Images widely shared online showed many machete cuts around the head. A mobile phone and a wallet containing unspecified amount of money was also found, according to Assemblyman of the area, Samuel Yaw Kwae.

“I moved in with the police and some community members. We went there and found the body without a head… They [the police] said we should make a thorough search for the head and we did so and found it a few meters away from the body”, Kwae said.

Police also retrieved a white Toyota Vitz vehicle with registration number GE 3170 – 21, from the scene –which has a chain of uncompleted buildings with poor security.

Israel’s death has heightened fears among residents in Feyiase, who are calling on the police to speed up investigations and get the perpetrators arrested.

“We found some ID cards in the vehicle… There has been some follow ups and he has been identified. Right now all my people are scared and we appeal to the police to get the perpetrators to book”, the Assemblyman said as police conveyed the body of the deceased to the St. Michael’s Hospital at Jachie in the Bosomtwe District.

Three people are facing a court as police uncover the circumstances surrounding his death.