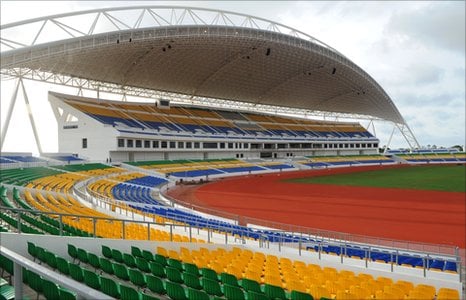 World Football Governing Body, (FIFA) has rejected Ghana’s request to use the Cape Coast stadium for Black Stars crucial World Cup Qualifier against the Super Eagles of Nigeria this month.

The stadium, which was used for the celebration of Ghana’s 65th independence day has been declared as unfit to host the game between the two West African giant.

Sportsworldghana can confirm that the FIFA inspection team says the stadium can’t host the world cup qualifier against Nigeria on the 25th of March.

The inspection team also revealed that the stadium is not good enough to have the Referee Assistant Referee (VAR) technology installed for the highly-anticipated showdown.

Ghana’s  only option left now is Babayara sports stadium and even that Nigeria must accept to play the game in Kumasi the game can be moved there.

Should Nigeria, who are Ghana’s fiercest rival refuse to honour the game at the Baba Yara Stadium in Kumasi, the game will be moved to Benin.

One dead, 2 in critical condition after Bank of Ghana bullion...