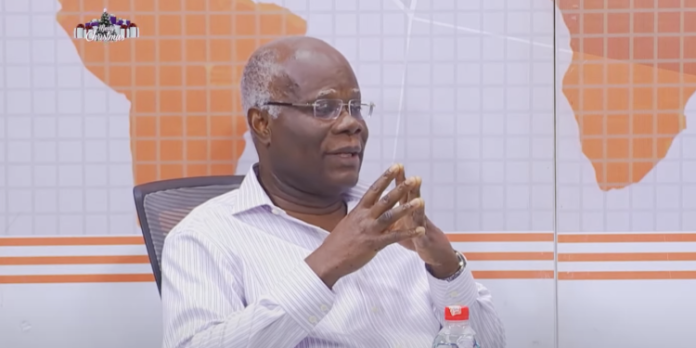 The Member of Parliament for Adansi Asokwa Constituency in the Ashanti Region, Kobina Tahir Hammond, has lambasted the house over the free-for-all fight that broke out during voting on the controversial E-levy bill.

According to him, what happened in the house is unprecedented and pathetic.

K.T. Hammond, speaking on Citi TV’s current affairs programme The Point of View on Wednesday, December 22, 2021, said he never dreamt of such a “disgraceful day” in the house.

He insisted the house finds itself in an “abysmal dirt and a bottomless pit”.

“This is unprecedented. It’s pathetic. I haven’t seen one in my life. I just simply do not understand. I never thought that the Parliament of Ghana would one day reduce itself to the level that we have seen.”

“The abysmal dirt and this bottomless pit we find ourselves in, we did it the first time, and we have done it again the second time. So it’s recklessness.”

The brawl saw dozens of the opposition parliamentarians exchange fisticuffs with their colleagues on the majority side, while some officials of parliament tried to protect the Speaker’s seat and the mace of parliament from being attacked.

However, calm returned moments after, before the Second Deputy Speaker, Andrew Asiamah, adjourned the sitting.