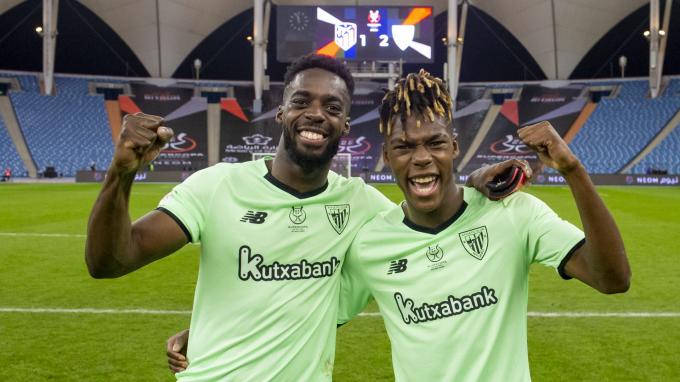 Spanish-born Ghanaian brothers Inaki and Nico Williams have finally agreed and accepted to play for Ghana, with the local football governing body, GFA, beginning the process of confirming their availability for Black Stars duty according to media reports.

The Spanish-born of Ghanaian descent duo are said to have decided to ditch the European giant to play for Ghana with their Ghanaian parents’ approval.

According to reports, they were convinced by their parents to focus on Ghana because they appear to be out of Spain’s plans and may never get the chance to represent the 2010 FIFA World Cup winners.

Inaki Williams, who’s the elder of the two brothers has represented Spain, but because it was an unofficial match, he is still eligible for Ghana by switching nationality.

His younger brother, Nico has not represented Spain at the senior level but has made a couple of appearances for U18 and U21 teams.

Inaki has now gone six years without missing a league game, which is incredible considering he has broken the record and is setting a new one.

Nico made his senior debut for Bilbao last year and is now considered a regular, making 30 league appearances this season.

They could be playing for Ghana before the 2022 FIFA World Cup tournament in Qatar later this year by playing in the 2023 African Cup of Nations qualifiers which starts next month should they go through the nationality switch on time.

Black Stars captain Andre Ayew arrives in Ghana ahead of 2023...