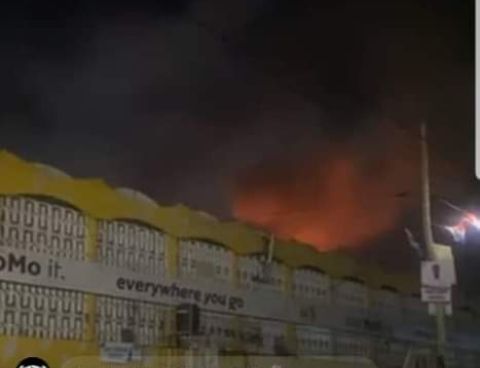 Firefighters are currently battling a blaze that has hit parts of the Kaneshie Market in Accra.

A video posted online showed thick smoke billowing from one of the buildings as firefighters race with time to douse the flame.

It comes after four stores were gutted by fire at Asankragua in the Western Region Friday night.

On Tuesday, the Kantamanto Market was also consumed by fire destroying several properties.

A government delegation led by the Vice President, Dr Mahamudu Bawumia, visited the scene and announced plans to reconstruct a new market.