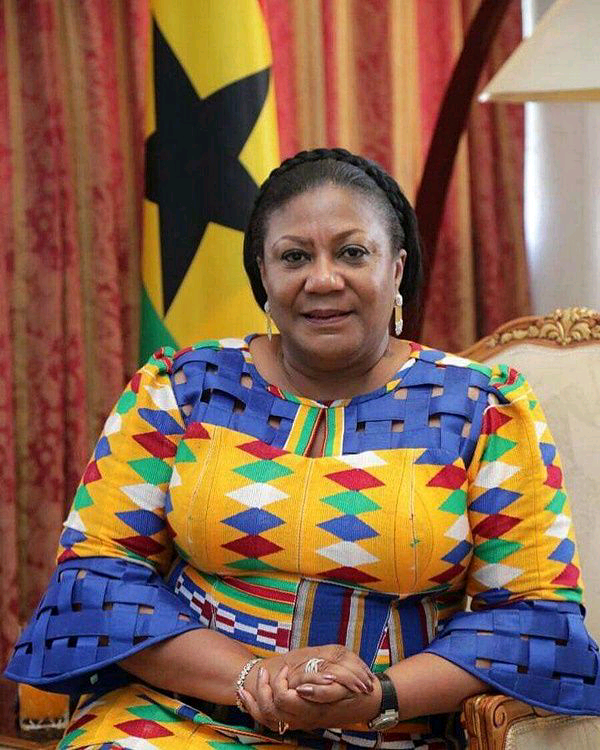 This was confirmed by the Minister for Information, Kojo Oppong Nkrumah.

“The truth of the matter is that all surviving spouses of Heads of State, current and former, have always received salaries. Lordina Mahama, Naadu Mills, Matilda Amissah-Arthur, Nana Konadu Agyeman Rawlings, Faustina Acheampong, Fulera Liman etc have all been receiving salaries since President Kufuor’s time.

“What has happened now is that the arrangement has been made formal but that was done legally based on the recommendation by the Emoluments Committee,” the Minister stated.

But NDC MP for Ningo Prampram, Sam George has threatened a law suit against the approval.

“I am a Member of Parliament, I personally do not subscribe to that, whether it is an NDC President or an NPP President, your wife is not a Public Officer, you wife is your wife. Are we also going to say that the Spouse of the Chief Justice , the spouse of the Speaker must also be paid? Where do we draw the line. Already they get allowances, they get protection from the state at the expense of the taxpayer and I don’t have a problem with that,” he said in an interview on Neat FM.

NPP Bono Regional Chairman, Kwame Baffoe a.k.a Abronye DC has also sued the Attorney General seeking the Supreme Court to declare that, “the approval by Parliament to pay salaries to the First and Second Ladies is inconsistent with ARTICLE 71 CLAUSES 1 AND 2 of the 1992 Constitution of the Republic of Ghana and consequently be declared null, void and unenforceable’’.

In a writ sighted by Peacefmonline.com, Abronye DC also asked the court to order that, “per Articles 108 and 178 of the 1992 Constitution of the Republic of Ghana; parliament cannot, on its own accord, initiate or approve payment of any such emoluments; which would necessarily be paid from public funds; without a bill to that effect emanating from and introduced by the Government and dully passed into law’’.

Touching on the issue during Peace FM’s morning show ‘Kokrokoo’, Mireku Duker wondered why people would go against the official approval for the First and Second Ladies to receive salaries.

According to him, the action by Parliament is justifiable looking at the services that the President and Vice President’s spouses render to the nation.

Particularly alluding to some contributions by Mrs. Rebecca Akufo-Addo, wife of His Excellency Nana Addo Dankwa Akufo-Addo, to the wellbeing of humanity, particularly women and children, Mireku Duker called on the nation to pamper the First and Second Ladies instead of objecting to their salaries.

We see your numerous achievements – Chief to Akufo-Addo