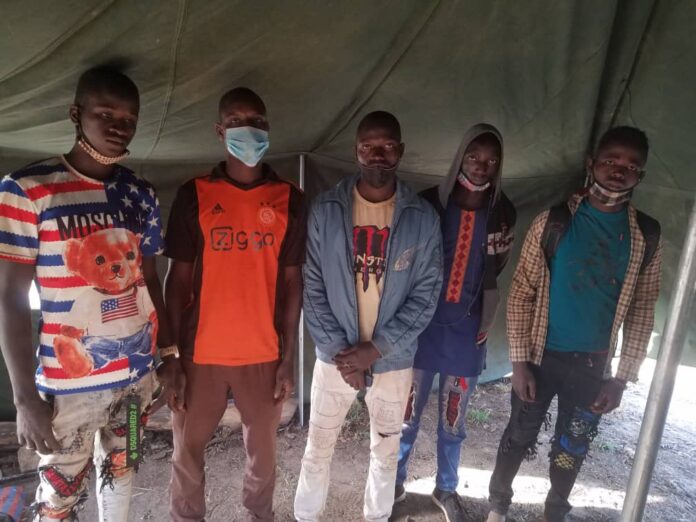 Five Burkinabes have been arrested for attempting to enter Ghana through unapproved routes, Immigration officials said.

The foreign nationals were arrested at the Ga inland checkpoint on Sunday, January 17, at about 11:07 am, the Service said.

Onboard a Sprinter bus with registration number GR 4893-17, the suspects were reportedly travelling to Wenchi in the Bono Region when they were intercepted by border officials.

“Preliminary investigations revealed that the migrants sneaked into Ghana through an unapproved route around the Leo enclave bordering neighbouring Burkina Faso”, Public Relations Officer of the Ghana Immigration Service in the Upper West Region, Ibn Yussif Duranah Abdul-Mumin Seidu said in a statement.

He said they embarked on the trip to Ghana for farming activities.

The arrest forms part of the Service’s operational functions on undocumented or prohibited migration, coupled with the Presidential directive on land border closure since March 2020.

The all-male suspects aged between 26 and 34 have since been sent back to their home country.

Vice President Bawumia supports the building of a church and Makaranta...

Fomena MP writes to Bagbin: ‘I will associate with NPP caucus...