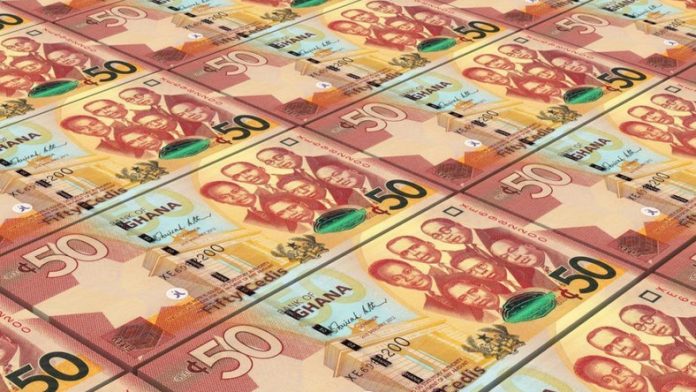 The 2018 Auditor-General’s Report has cited five officials of the Nkwanta-North District office of the Ghana Education service (GES) for squandering GH¢276,621.

The report cited them for financial irregularities ranging from misappropriation of school capitation grants for personal use, payment of public funds into personal account to failure to account for public funds.

According to the report, some of the officials diverted GH¢89,265 of school capitation grant while GH¢66,550 that had been collected as examination fees could not be accounted for.
Additionally, the report said GH¢62,797 that accrued to the education directorate as additional revenue had also been squandered.

The report further revealed that the management of the District Education Office could not account for GH¢66,550 that was collected from pupils for the 2016 Basic Education Certificate Examination (BECE).

Section 7 of the Public Financial Management (PFM) Act, 2016 (Act 921) requires a principal spending officer of a covered entity to ensure the regularity and proper use of money appropriated in that covered entity.

However, the report revealed that between January 2017 and December 2017, a total amount of GH¢89,265 was transferred from the school capitation account into Mr Maxwell Gyambiby-Ashong’s account.

According to the report the money was transferred from the capitation grant account to Mr Ashong’s account on August 1, 2017, September 20, 2017 and December 22, 2017.

It urged the GES management to take steps to recover the amount from Mr Oyeh.

However, the report said contrary to that directive, the GES office in Nkwanta-North levied 1,331 candidates GH¢50 each, amounting to GH¢66,550, but the money could not be accounted for.

“Further investigations showed that the monies were lodged into the private bank account of the Planning Officer, Mr Mark Majah Ujakpa. In our view, the lack of effective internal controls over cash management accounted for the anomaly. We urge management to fully account for the amount of GH¢66,550 failing which they would be surcharged,” the report directed.

The audit report cited Mr Kumanyanu to have used unapproved receipts to collect revenue totalling GH¢58,009 for the conduct of the 2016 second term regional mock examination.

“We further noted that he paid the revenue collected into his private bank account and could also not provide any documents to support the disbursement of the total amount of GH¢58,009,” the report said.

When the Daily Graphic contacted the officials who have been cited in the report, they gave varied reasons that accounted for the financial irregularities.

In the case of Mr Kumanyanu, he said although the auditors used legalities to implicate him, he did not misappropriate or embezzle any funds.

“When I was asked to collect the money for the examination, they did not give me any receipt so I thought that it will not be good to take money from someone without giving them receipt; that is why I bought a receipt and used it for the collection. I told the auditors about it but they still used it against me.

“I kept the money in my account but the District Director of Education later gave me a bank account of a client from the regional level to transfer GH¢38,000 to which I did and have records of that transaction,” he said.

Mr Kumanyanu added that an additional GH¢20,000 was also transferred to another client for printing the third term examination questions for 2016/17 academic year, bringing the total amount to GH¢58,000.

“I only collected the money and was directed to transfer to those two clients for examination questions. I did not spend a pesewa from it. I acted in the interest of the district but it is now being used against me; so that is my predicament,” he said.

For his part, Mr Oyeh said he could not be blamed for the unaccounted for money that the report linked him to.

According to him, different offices at the district education office collected money at different times on the directive of Mr Gyambiby-Ashong.

He explained that Mr Gyambiby kept entrusting the receipt of money to different officials at the district who were not accounts officers for his parochial interest.

“The man wanted to use the money as soon as we received it so he never wanted us to deposit it at the bank. I always made sure that I moved to the bank as soon as I collect any money.

He did not like that idea and put other officers in charge of the collection. I have no knowledge about the unaccounted for amount and the audit team did not contact me during the audit. I am not the head of the accounts unit; I have a boss,” he said.

Mr Ujakpa also told the Daily Graphic that although part of the GH¢66,550 was lodged in his personal bank account, it was expended as expected.

He said a balance of GH¢7 per head, amounting to GH¢9,317 had been given out to Mr Gyambiby-Ashong.

“I have documents on how the rest of the money was used but I cannot tell how the amount with Mr Gyambiby was used,” he said.
Efforts made by the paper to speak to Mr Gyambiby-Ashong, who is currently on retirement, was not successful as his phone was off.

Between 2017 and 2018, the Daily Graphic published a series of stories about financial irregularities in the Nkwanta-North GES office.

Some of the irregularities the paper cited were illegal collection of money for the limited recruitment of teachers in the district, misappropriation of school capitation grants and taking unapproved fees from final-year pupils for their registration for the 2018 BECE.

You are a blessing to your nation! – Gabby to birthday...