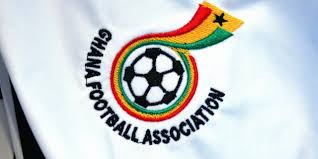 With the six-person lineup of qualified candidates for the upcoming Ghana Football Association presidential elections now set (sorry, Palmer), the race — which had long begun, by the way — now gathers momentum, ahead of the October 25 climax. But just what are the basics one needs to stage a successful campaign?

I’m not sure just how many of the GFA president wannabes owned Twitter accounts before their respective campaigns began, but I’m pretty certain they all do now. And it does make sense, doesn’t it? Social media is the most powerful platform for getting a message across these days, and Twitter ranks as arguably the most powerful of them all. Without a presence on the ever-expanding microblogging website, then, you’re not reaching very far.

Social media doesn’t reach everyone, of course, and the more ‘traditional’ platforms (television, radio, print, digital media, etc.) still have their own domain. And while jumping from one media house to another to advance your cause is fine, having dedicated ‘friends’ in the press — and there are many for hire, by the way — is an even bigger asset in pursuing any presidential ambitions.

Kurt Okraku’s manifesto launch in September — amid fanfare and confetti — was special and set the bar really high for his challengers in the race to head the GFA. Not all candidates can match those lofty standards, of course, but they should tick enough boxes if they are to make an impact on that front.

Political campaigns thrive on catchphrases – mostly converted to hashtags, in today’s digital realm — and some aspirants for the GFA presidency have already caught the bug. From #GameChanger Kurt Okraku and George Afriyie holding out a message of #Restoration to Fred Pappoe’s #GFARevival agenda, they abound. Keep them coming, folks.

All six candidates seek to replace former FA chief Kwesi Nyantakyi, but none has been bold enough — at least not in public — to shake or smack the hand of the disgraced and ousted administrator that could yet prove key in deciding the outcome of the elections. Nyantakyi sharply divides opinion, even a year after his permanent exit from the sport, and any comment that leans toward — or away from — him could yield either positive or negative dividends. Really, why gamble?