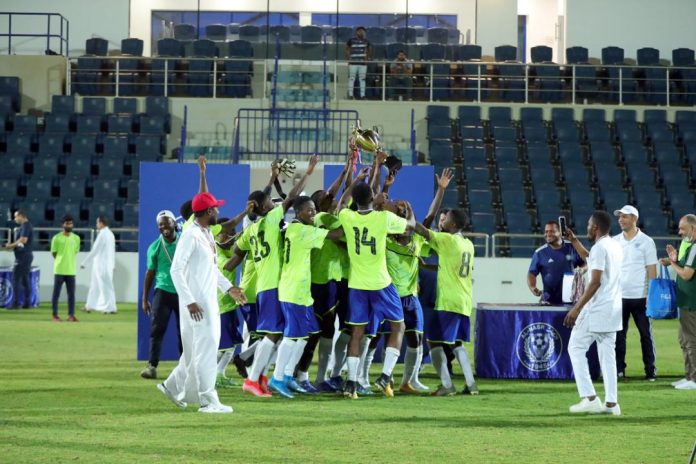 ‘Flawless White Wolves FC have emerged as the Champions of of the 2022 Dubai Ramadan Invitational Cup on Friday evening in Dubai after going unbeaten.

The Ghanaian club begun the tournament on a high level with opening day victory over hosts Al Nasr with an excellent and hard earned 2-1 win in their first outing at the competition to begin their tournament on a with stupendous performance from the young lads from Ghana led by captain, Reynold Ayizime, a Takoradi Boy.

They continued with another slim win against Al-Jazeera FC to stamp their authority in the in the tournament with two wins from two games.

The Accra-based Division Three Club, White Wolves did the unthinkable in their last match when they whitewashed Garden City FC 10 – 0 to book a place in the final.

They scored 16 goals and conceded just four in their first three matches of the competition to make their intentions clear going into the final on Tuesday evening.

White Wolves faced Africa FC 2-1 in the final and as expected due to their previous performances in the tournament beat the Ghanaian-based international club to lift the giant trophy.

They are a team in Ghana’s fourth tier league, the Division Three League and is owned by young and enterprising visionary young man, Sally Manaf who has vowed to make young boys with talents Dreams come true.

Mr. Sally Manaf promised about great things to come as he’s determined to use this victory as a stepping stone to help young and talented footballers in the country when the team returns from Dubai.