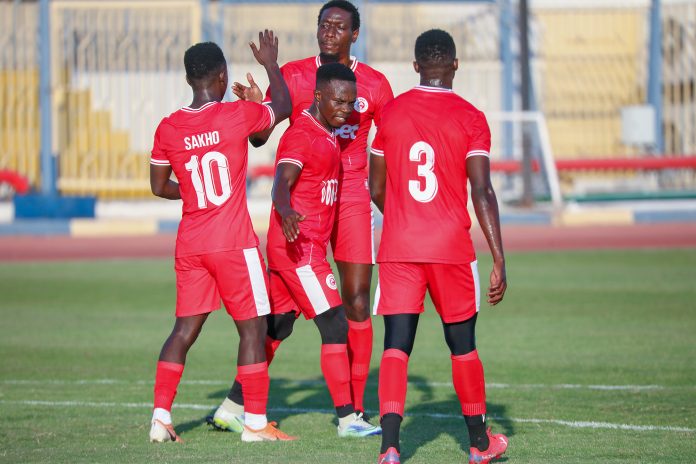 The Ghanaian forward was on target for Simba SC in their 1-1 draw with Egyptian Premier League side Ismaily SC in a pre-season friendly few days after his move to the club.

The highly technically gifted player scored Simba’s only goal as they started their pre-season campaign with a deserved draw against the Yellow and Blue side in Egypt.

He joined the Red and Whites outfit on a two-year contract after excelling in the just ended Ghana top-flight league.

The 28-year-old Ghanaian scored 14 goals in the 2021-22 Ghana Premier League for the Hunters and also reached the MTN FA Cup final when they loss to Accra Hearts of Oak SC.