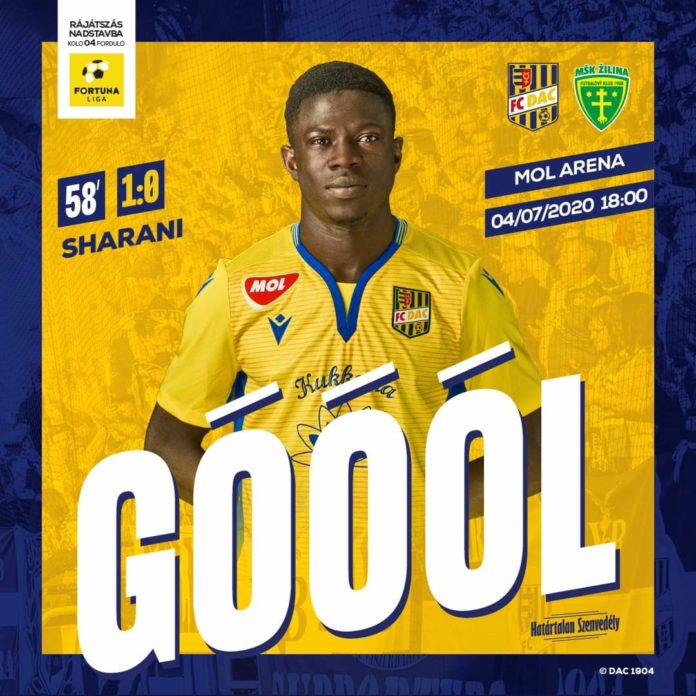 The 20-year-old came on in the 46th minutes mark to replace Cesar Blackman and went on to score the opener for the host on Saturday afternoon against MSK Zilina in the Slovakia Fortuna Liga 13 minutes after his introduction.

The home team then began to find their way through the backline of the visitors and were awarded a penalty 12 minutes to full time of which midfielder Zsolt Kalmar converted to make it 2-0 to the host.

Zilina, despite their late change could not score a consolation goal as they succumbed to the pressure from the home team.

The Ghanaian youngster who had previously played a single game in the season scored his first goal to propel them to vital home win in his second outing for the club.