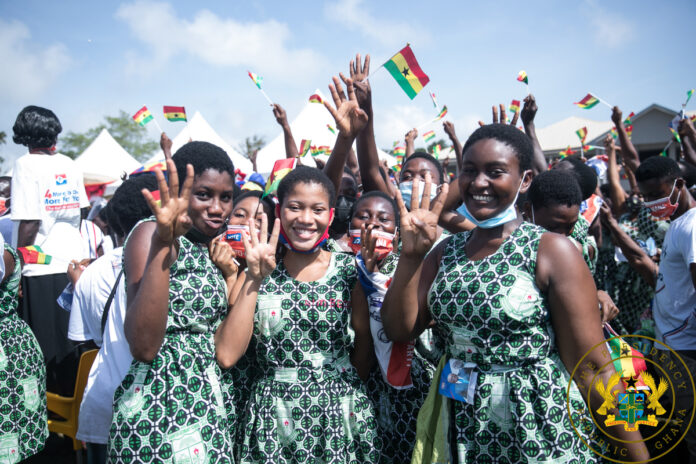 A former Vice-Chancellor of the University of Ghana, Professor Ivan Addae Mensah has claimed that the NPP government’s flagship Free Senior High School policy is only producing quantity and not quality students, hence the need to take a second look at it.

He told JoyNews that the police, as it is currently being implemented, amounts to sacrificing quality for quantity.

According to the learned academic, the fact that the majority of the products of the free SHS policy are unable to qualify for admission into the country’s two premier universities is a testament to its poor quality.

The news outlet reports that he advised the government to focus on replicating what makes the few schools perform better instead of establishing STEM schools.

He joins other analysts like his colleague, Professor Stephen Adei, an economist and the Chairman of the National Development Planning Commission, who raised concern about the economic cost of the programme and called for its review.

He explained that allocating GH₵7.5billion to the Free SHS programme alone every year is an overstretch of the economy.

He advocated for the exemption of some so-called best Senior High Schools in the country from the policy, so that the wealthy people who take their children to such schools must pay for their education.

“We have to look at it again. I think that there are certain schools which we should make autonomous and fee-paying and people will go there, but then make sure there are good community schools for everybody else. So the Achimota’s and the Wey Gey Hey’s, which people want their children to go, let them pay.

“Only a small proportion of the poor come to Achimota. Let the rich go there and pay. Use the Achimota funds to have very good schools in every district so that they can be there and not have to travel. They just come from the villages,” Professor Stephen Adei said.

Meanwhile, the goverment has insisted on going continuing the implementation of the free SHS policy despite the plethora of concerns and recommendations by many analysts and stakeholders.