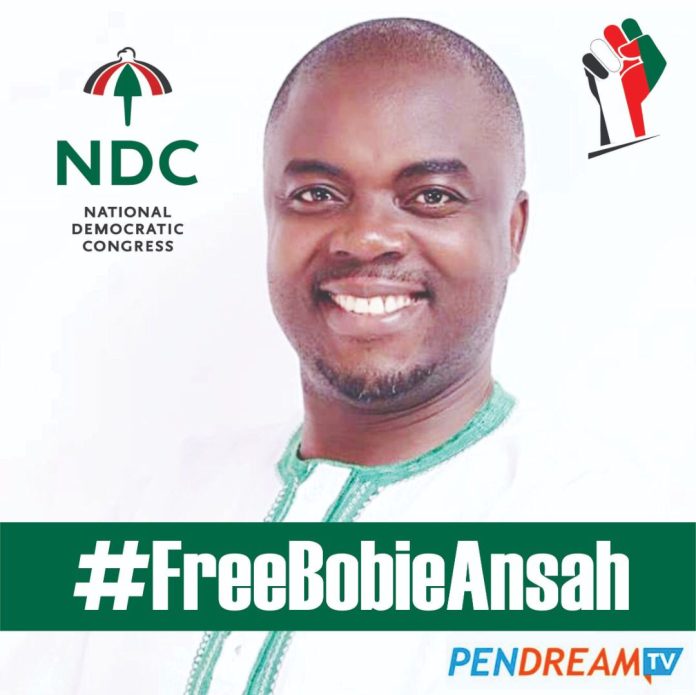 A social media campaign has been launched to push for the release of Kwabena Bobie Ansah, a presenter with Accra FM, a radio station affiliated to the opposition party in Ghana.

Bobie was reportedly picked up by some officers said to have been deployed by the National Security Secretariat shortly after his show Thursday night.

It is unclear what occasioned the development which ensued around the premises of the radio station –a subsidiary of the Class Media Group (CMG) –after his political talk show ended at about 10 pm.

Another presenter at the media house, Odansini Odilia described the incident in Labone as an ambush.

She explained that on her way to the station to prepare for her show; “I saw one black car drive past. A second car, ash in colour, stopped by me and looked at me suspiciously. The last car is the one we met at the gate. That was when I passers-by about why the cars are moving around in such fashion only to find out that he (Kwabena Bobie Ansah) has been arrested.”

“It wasn’t the right procedure to arrest him. He was not rightfully arrested,” she added.

Bobie’s arrest has sparked widespread outrage among members of the opposition NDC who are calling for the immediate release of the journalist.

Earlier this week, another presenter with Power FM, Oheneba Boamah Bennie was jailed by a High Court in Accra over comments on Facebook deemed contemptuous.

His employer, XYZ Broadcasting Limited said it was appalled by the development adding, it would challenge the ruling at a higher court.