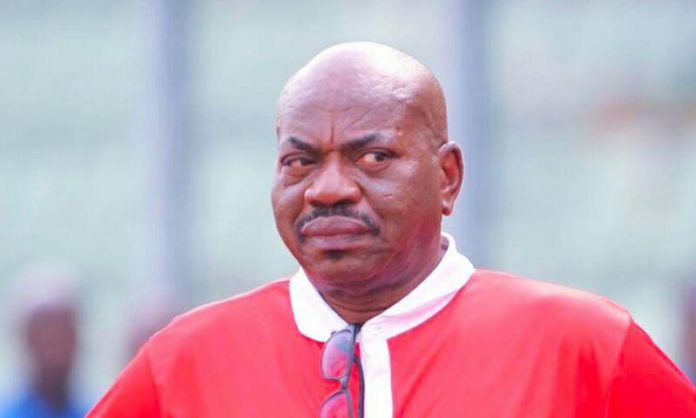 All eyes may reasonably be on the Ghana Football Association’s presidency ahead of Friday’s scheduled elections, but there is a sideshow that might prove just as captivating.

On October 24, a day before the GFA installs a replacement for deposed head Kwesi Nyantakyi, seven men would contest places available for Premier League representation on the downsized, re-structured, and re-branded Executive Council (ExCo).

There will be five casualties from the FA’s presidential battle (not counting already disqualified Wilfred Kwaku Osei), while the Premier League ExCo challenge will yield just as many winners, but that does not render the latter contest any less keen. All seven candidates are heavyweights associated with some of Ghana’s biggest outfits – not exactly something you could say for all six seeking the FA’s highest office.

Headlining the list are George Amoako and Frederick Moore — men who run Asante Kotoko and Hearts of Oak respectively — along with Frederick Acheampong, a journalist and CEO of Obuasi-based Ashantigold who has risen through the ranks to a point where he is now one of the Confederation of African Football’s go-to picks for match commissioning duties.

Kotoko, Hearts, and Ashgold may be traditionally strongest on the domestic scene — winning, between them, all but four league titles since the Ghanaian top-flight turned professional in 1993 — but sides like Aduana Stars and Berekum Chelsea (three-time league winners, put together), Medeama and Bechem United (collectively triumphant in three of the last five editions of the MTN FA Cup) have emerged as latter-day forces to be reckoned with, presenting accomplished, tried-and-tested administrators in Albert Commey (Aduana), Kingsley Osei Bonsu (Bechem), Nana Oduro Sarfo (Chelsea) and Dr. Anthony Aubynn (Medeama) for the competition.

Surprisingly, some of the leading names have had their chances seemingly narrowed when viewed through the lenses of their own clubs, following decisions to strip them of voting rights, but there is still everything to fight for.

Given that the Premier League is high on the agenda of reform that each GFA president wannabe has tabled, the influence wielded by any who secures a place on the new ExCo would be hugely significant, especially for the clubs they front.

May the best man men win.