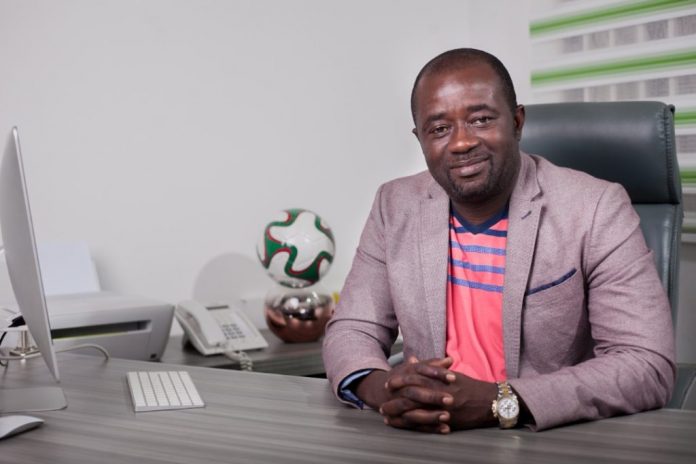 The President of the Ghana Football Association Kurt E.S. Okraku has held talks with Ghana’s kit sponsors Puma in Germany.

The GFA President earlier this week visited the kit manufacturing giants as part of his engagements with various stakeholders of the GFA.

Puma has been an important partner of the GFA for more than a decade and the visit by the President was to introduce himself to the FA’s kit partners, as well as discuss important issues of mutual benefit.

On the part of the GFA, among key areas of concern, which Mr. Okraku focused his discussions on were assistance in youth and infrastructure development, as well as a stronger partnership with the senior national team, the Black Stars.

On the senior national team, Mr. Okraku expressed disappointment over Ghana’s inability to qualify for the 2018 World Cup in Russia, but added that Puma can offer support to Ghana’s quest to qualify for the next FIFA World Cup in Qatar by assisting the GFA to play key international matches to help the team’s preparations if possible.

The GFA President also implored on Puma to assist the GFA with technical exchange programmes with Puma-sponsored partners abroad, as well as support Ghana with a legacy projects at the Ghanaman Soccer center of Excellence and other places in recognition of the long-standing partnership between Ghana and Puma.

Puma’s team was led by Manolo Schürmann, Head of Sports Marketing, Teamsports. He assured that Puma would discuss and consider the various proposals put forward by the GFA President.

The Puma team also showed to the FA delegation, samples of Ghana’s official kits which will be unveiled in September 2020.

They informed the delegation that the discussion and approval was started in early 2018 and signed off in 2019 when the kit sponsorship was renewed.