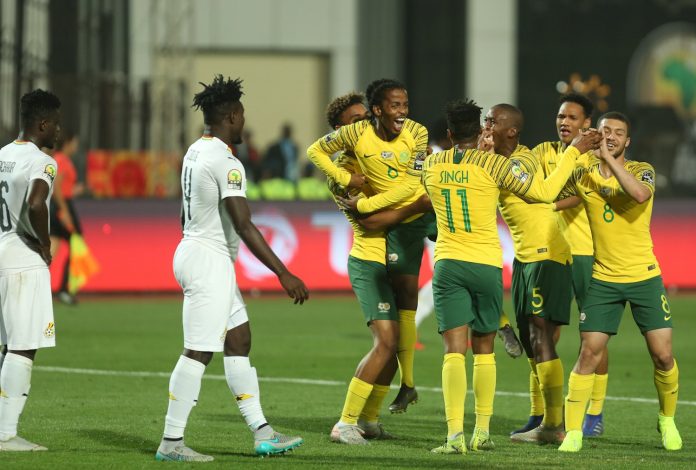 Ghana’s Black Meteors have missed out on Tokyo 2020 Olympics games after losing to South Africa on Friday.

The Black Meteors suffered a huge setback in their third place play-off game against the Young Bafana Bafana as they lost 6-5 on penalties after a two all draw.

The South Africans drew first blood inside 15 minutes with a Habib Mohammed own goal.

South Africa restored their one goal lead inside 62nd minute when substitute Kamohelo Mahlatsi scored just a few minutes after his introduction to make it 2-1.

The Ghanaians kept fighting and were reward with a goal five minutes from full time with a poachers goal from striker Samuel Obeng to make it 2-2 after a dancing feet of Evans Mensah dribbled past two South Africans to set him up for the equalizer.

Ghana lost on penalties for the second consecutive game in the tournament despite having an early advantage in the shootouts when South African captain missed his spot kick.

Kingsley Fobi missed his kick making it four out of five penalties converted by both teams.

Edward Sarpong could have sent Ghana partying after erroneous goalkeeper Kwame Baah managed to save the sixth kick but only for the brilliant left back to skyrocket his effort.

Substitute Emmanuel Cudjoe’s spot kick was saved by the South African goalkeeper to send his country through to next year’s Olympics in Japan to leave Ghana devastated after another failure from the 12-yards after losing to West African neighbours Ivory Coast few days ago via spot kicks.

Ghana have failed to qualify for the Olympics games since 2004 and would have to wait for another four years to try again.

Serie A teams set to return to individual training on 4...