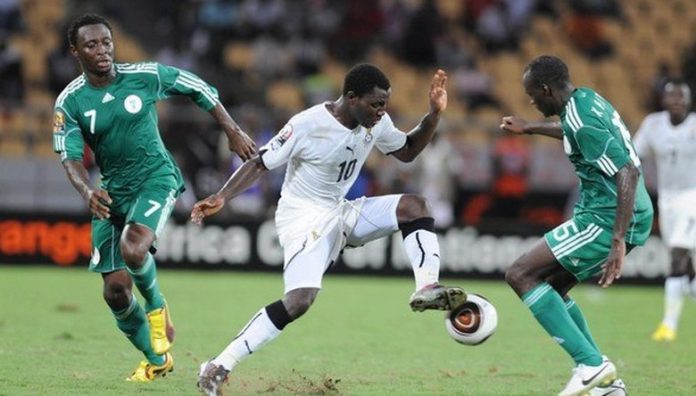 The Black Stars have a better head-to-head record over their arch rivals, the Super Eagles of Nigeria going into this weekend game at the Baba Yara Sports Stadium in Kumasi.

The Black Stars have also recorded some big wins against the Super Eagles in the last seven decade.

Ahead of the game, Daily Mail GH has decided to cast back our memory lane on Ghana’s top five victories against the Super Eagles.

The Black Stars whipped Nigeria 7-0 during the 1955 Jalco Cup, which was hosted in Accra in the then Gold Coast.

Four years later, Ghana against recorded a big win over their West African rivals after coasting to a 5-2 victory in another Jalco Cup game in Accra.

In 1960, the Black Stars beat Nigeria 4-1 in a World Cup qualifier, before defeating them 5-1 again in the Azikiwe Cup a year later.

Below are the Black Stars’ five biggest victories against Nigeria:

The first leg is scheduled for Friday, March 25, 2022, at the Baba Yara Stadium while the second leg will take place three days later at the Moshood Abiola National Stadium.