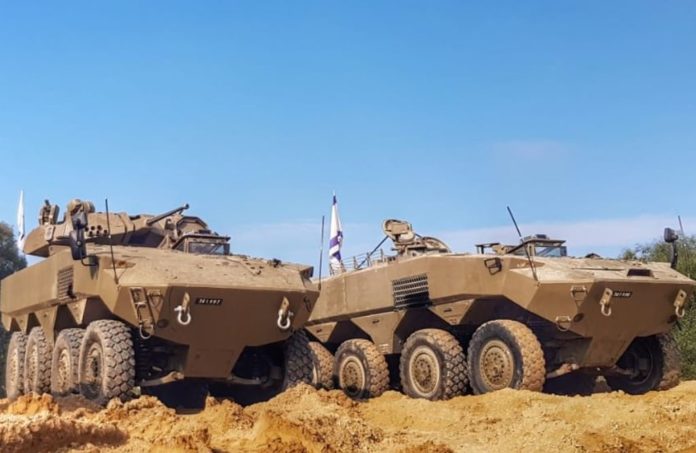 Ghana is purchasing at least 19 armored vehicles from Israel at a cost of $86 million to fight terrorism, according to parliamentary documents.

Israel’s Elbit Land Systems is providing the fortified vehicles following an agreement between the Israeli Discount Bank and the Government of Ghana and insured by the Israeli Foreign Trade Risks Insurance Corporation.

A $74 million credit facility will be combined with a $12 million commercial loan, per an August 3 document of Parliament, cited by Defence Web.

It is not specified what vehicles will be acquired, but Elbit Systems offers various models sourced from original equipment manufacturers, such as the Sentinel 8×8, based on the STK Terrex 2.

Parliamentary Finance Committee chairman Mark Assibey Yeboah said by approving the loan, parliament recognised the need to equip the army to deal with potential impacts of terrorism, human smuggling and other security threats along the northern border with Burkina Faso.

He said armoured vehicles were critical in counter-terrorism operations and supporting internal security operations of police.

The acquisition will help Ghana’s military realise long-delayed establishment of two new armoured regiments to be based in Sunyani and Tamale.

In October the German Embassy handed seven vehicles (six Toyota Hiluxes and a bus) to the Rapid Response Unit of the Ghana Immigration Service (GIS). Germany, through the Federal Police, handed the vehicles to the GIS Comptroller General as part of efforts to strengthen Ghanaian border security agencies.

“The vehicles will assist in the fight against illegal entry and other transnational crimes at the borders”, said Comptroller-General of Immigration (CGI), Kwame Asuah Takyi.

The CGI explained setting up the Rapid Response Unit last year was one intervention aimed at supporting operational units such as the Border Patrol Unit (BPU) and the GIS Enforcement Section.

NDC reacts to Bawumia with 60 credible achievements of Mahama