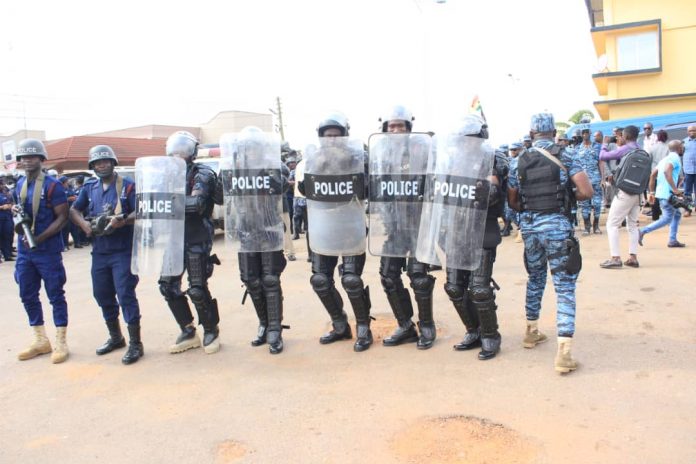 At least 21 more separatists of the Homeland Study Group Foundation (HSGF) have been arrested in Ghana, the police announced Wednesday.

The group wants a part of Ghana they call – The Western Togoland – seceded from the West African country.

The latest arrest brings to 31 after 10 of them were also rounded up in northern Ghana town of Tumu in the Upper West region.

The 10 were arrested in the Volta regional capital of Ho while planning to embark on a demonstration against the arrest of their leaders.

Police spokesperson Prince Dogbatse said in a statement the arrested members are aged between 26 and 70 years.

“The arrest follows intelligence that members of HSGF were charged to demonstrate against the judicial process involving the trial of their seven members for treason felony,” he stated.

In May, about 81 members of the separatist group were arrested for assembling for a protest over the arrest of seven leaders of the Homeland Study Group Foundation.

Kudzodzi – popularly known as Papa Hogbedetor, had been arrested along with seven others when they first declared their intent to secede at one of the group’s regular study meetings.

The Attorney General in July 2019 eventually withdrew all charges brought against the members of Homeland Study Group Foundation who were working for the secession of the Volta Region from Ghana.

The group claims that the area was an independent State before being made to join Ghana in the 1956 plebiscite.

The Government of Ghana in a statement slammed the group’s supposed declaration of ‘Western Togoland’ as an independent State.

“The Government of Ghana takes note of the activities of a group known as the Homeland Study Foundation, purporting to declare secession from Ghana, a statement signed by Information Minister, Kojo Oppong Nkrumah read.

“Ghana remains a sovereign state which has not ceded any part of its territory to any person or group of persons”, the statement further indicated.

FULL SPEECH: Rawlings address at the 38th anniversary of the Dec....