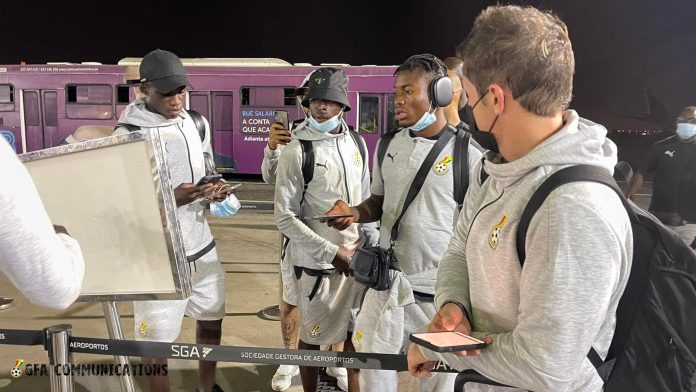 Ghana safely arrived in Angola for their second game of the 2023 Africa Cup of Nations qualifiers against Central Africa Republic.

The four-time Africa Cup of Nations winners are in Angola where they will take on their opponents in the second group game of the qualifiers.

The Black Stars are hoping to make it two wins out of two matches following their first win of the qualifiers against Madagascar at home.

Ghana will play Central Africa Republic at 1pm on Sunday afternoon in Luanda in Angola.

Easter must push us to live in harmony – Bawumia