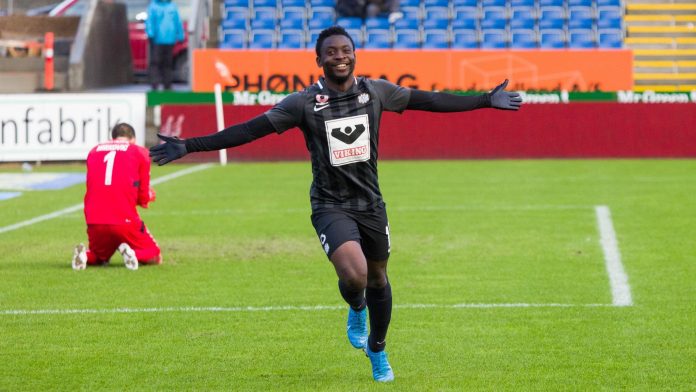 The former Asante Kotoko forward gave his team an early lead when he finished from close range following a set piece situation.

Dauda received a caution in the 30th minute when he committed a foul on Eggert Johnson.

The first half did not see another goal in an action-packed game.

The Ghanaian was substituted a minute after the hour mark and was replaced by Pyry Soiri from Finland.

The 21-year-old promising forward has three goals to his credit for Esbjerg in the Danish Top-flight after joining on loan from Belgium giants Anderlecht this season.

Sondergyske got their reward late in the game for their persistent pressure on the away team with substitute Artem Dovbyk scoring in the 78th minute to make it 1-1.

The home team completed the comeback with five minutes left to play when Daniel Anyambe brought down Dovbyk in the penalty area and Christian Jakobsen made no mistake with the resulting penalty to make it 2-1.

Esbjerg remain in the relegation zone in the Danish Superligaen after today’s 2-1 defeat at Sondergyske.