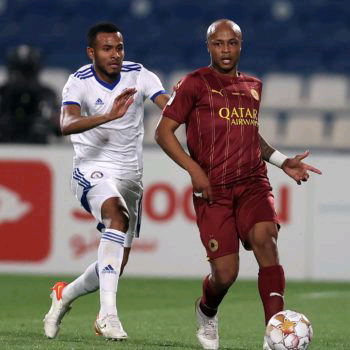 Black Stars captain Andre Ayew has emerged top scorer in the 2021-22 season in Qatar Stars League for his team Al Sadd SC in his first season at the club.

The 33-year-old Ghanaian international forward scored a whopping 15 league goals for the Black and Whites outfit to become the top scorer at his club in his first ever season in Asia.

Akram Akif scoring 14 goals while Algeria’s Baghdad Bounedjah netted 13 goals meant the Ghana captain finished the season as the most prolific player at the club.

In the Qatari League in general, the former Olympic Marseille, West Ham United and Swansea City AFC deputy captain ended the season as the second top scorer in the entire league just falling behind Michael Olunga who won the Golden Boot with 24 goals and nine more than the Ghanaian.

He joined the Wolves from Swansea City AFC after running out his contract with the English Championship team at the start of the 2021-22 season.

Reduce size of your gov’t – Mahama to Akufo-Addo

ALL EYES ON CAIRO: It’s Africa’s Time To Shine